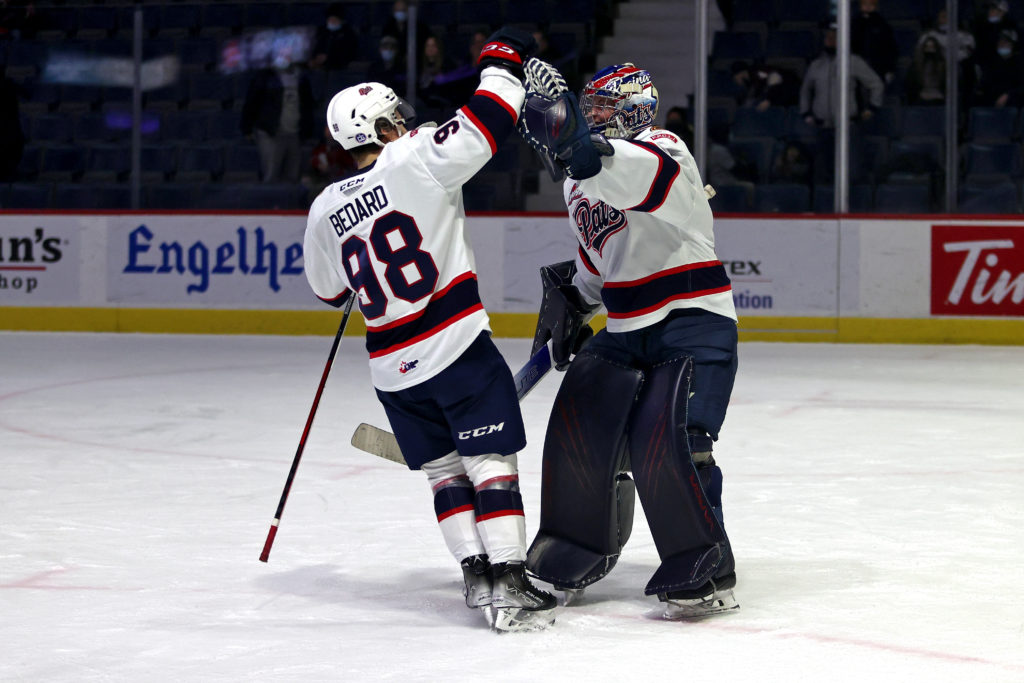 Regina, Sask. — The Regina Pats picked up their first shutout win of the season on Tuesday night at the Brandt Centre, blanking the Prince Albert Raiders 4-0.

Connor Bedard and Tanner Howe led the way offensively for Regina, showing off their chemistry once again, as Bedard registered the fourth four-point game of his young career (1G-3A), while Howe scored twice. Cole Carrier added an empty-net goal.

REG 1-0 at 16:31 —  Tanner Howe (15), assisted by Connor Bedard and Ryker Evans (PPG)  // Howe ripped a one-timer on the power play from his patented spot at the top of the right circle, off a great cross-ice pass from Bedard.

REG 2-0 at 19:03 — Connor Bedard (20), assisted by Cole Dubinsky // Dubinsky sent a perfect pass up the middle from inside his own blue line to Bedard at the offensive blue line, which allowed Bedard the fly between the defence and finish glove side to double the Pats lead.

REG 3-0 at 4:02 — Tanner Howe (16), assisted by Connor Bedard // After the Raiders broke up an odd-man rush, Howe forced a turnover in the offensive zone, allowing Bedard to spin and return a pass to Howe, who tried to go back-door to Valis. Instead, the pass went off the skate of a defender and in.

Regina: Matthew Kieper only faced eight shots on goal in the first two periods, but went 9-for-9 in the third to register his first career shutout.
Prince Albert: Tikhon Chaika stopped 21 of 24 on Tuesday.

Head Coach John Paddock: “This certainly isn’t perfection, at any time ever, but I thought we got really solid performances from everybody. I thought the Michels, Armstrong, Linklater line really had some good shifts right throughout. When you’re getting that kind of possession time and play in their end, you’re clearly getting good performances all around…Give P.A. lots of credit. Despite the shots advantage that we had later in the game when they closed it, I’m not sure that it felt like we were automatically going to win. I think it was just what you said, a playoff style game. Those are good [situations] to play in, especially when you win them. You go back, when you’re in a situation on the road next week or 10 days and it’s 2-1 for us late in the third, you go back to the things that were successful in this kind of game where we had a little bit of a lead.”

Kieper on his shutout: “With the four minutes left, I wasn’t really thinking too much about the shutout, I was just thinking about protecting the three-goal lead we had at the time because really in the end the two points are what matters. The shutout is nice, but in the end that was a really big win for us and I’m just happy that we got the two points.”

Paddock on Kieper’s shutout: “Obviously great for him and great for us. If you get a shutout you’ve obviously made the saves when you have to or when you need to. He wasn’t tested too much in the first two periods, and then I thought in the third with the goalie pulled for a while, he made a couple big time saves and when they had a couple other opportunities on the power play, he was really solid, really good.” 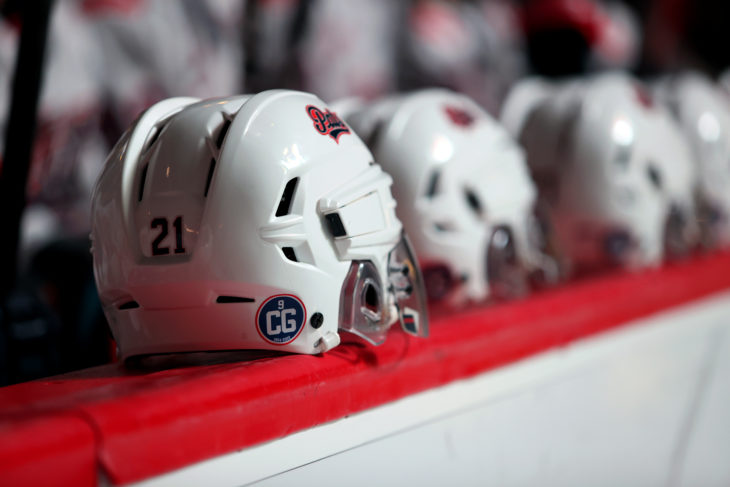 The Pats get their second consecutive crack at the Prince Albert Raiders this coming Friday, January 28 on home ice.