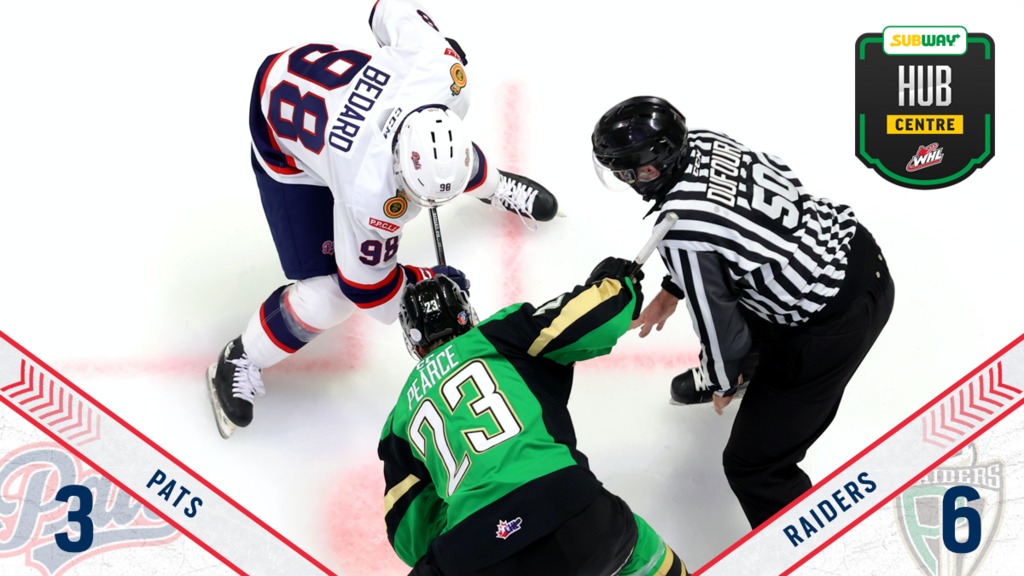 REGINA – The wait was long, but it was worth it.

Connor Bedard’s Western Hockey League debut was a memorable one, as the first player in WHL history to be granted exceptional status lived up to the hype, scoring a pair of goals 48 seconds apart in a 6-3 loss for the Regina Pats Friday night against the Prince Albert Raiders.

“It was really special. It’s been a long year I think for everyone, just waiting to get started and it was definitely good to get that one going and out of the way. It’s a special feeling getting on that ice and finally being able to play for Regina,” Bedard said of his debut at the Brandt Centre.

“You could tell with my emotion I was pretty pumped, but it’s definitely good to get that first one out of the way, because then you can just play. Like I said, I was super excited to get those. I thought our whole team tonight played a good game.”

After falling behind 3-0 after the first period, Bedard’s pair of goals at the 5:01 and 5:49 marks of the second were the high point for the Pats, who despite falling to the Raiders came out with a strong performance against the still defending WHL champions.

“It was great because we played a good hockey game,” said Pats head coach Dave Struch, whose team outshot the Raiders 31-17 to kick off their East Division Hub schedule.

“This is something that we can definitely build on. Obviously, the score was what it was, but the way that we played it was fun to see a lot of the things that we worked on this week in such a short period of time come to play tonight.”

“Our hockey IQ, our work ethic, our compete level showed on the shot clock and we spent a lot of the night in their zone.”

And as for No. 98, well, the early reviews are more than favourable from behind the bench.

“We were anxious to see it, we anticipated it and he did a great job. He was really fun to watch,” said Struch.

“So many people talk about his skill level and all of that being special. You watch the kid play that hard and compete that hard at 15 years old, I think that’s what makes him special.”

For Pats captain Logan Nijhoff, who scored Regina’s third of the night 8:39 into the final period, watching Bedard make history was special as a teammate.

“I’m rooming right next to him, so I’ve got the chance to chat with him quite a bit. He’s a great kid, super humble, and I was extremely excited to see him play. It was awesome to watch that – the smile on his face, he’s been dreaming of that for a long time, and it was awesome to be next to him in the pile there and congratulate him,” Nijhoff said of being on the ice for Bedard’s first goal.

Bedard’s strong debut wasn’t a shock to Nijohff, who was named the 80th captain in franchise history earlier this week.

“He’s got a lot of confidence and that’s just kind of what we preach to him – play the game that you’re used to playing. I mean, he’s here for a reason. I think he proved to everyone why he deserved exceptional status and moving on it’s extremely exciting to have him here. He’s a great kid,” said Nijhoff.

“He already acts like he’s 19 or 20. Sometimes I think he’s even older than me. It’s extremely exciting to have him and it’s going to be a super bright future.”

Up next for the Pats inside the Subway East Division Hub is a Sunday matinee with the Saskatoon Blades. Puck drop is slated for 4:00 p.m. CST (WHL Live / 620 CKRM).