PREVIEW: Pats travel to the SaskTel Centre for home-and-home finale 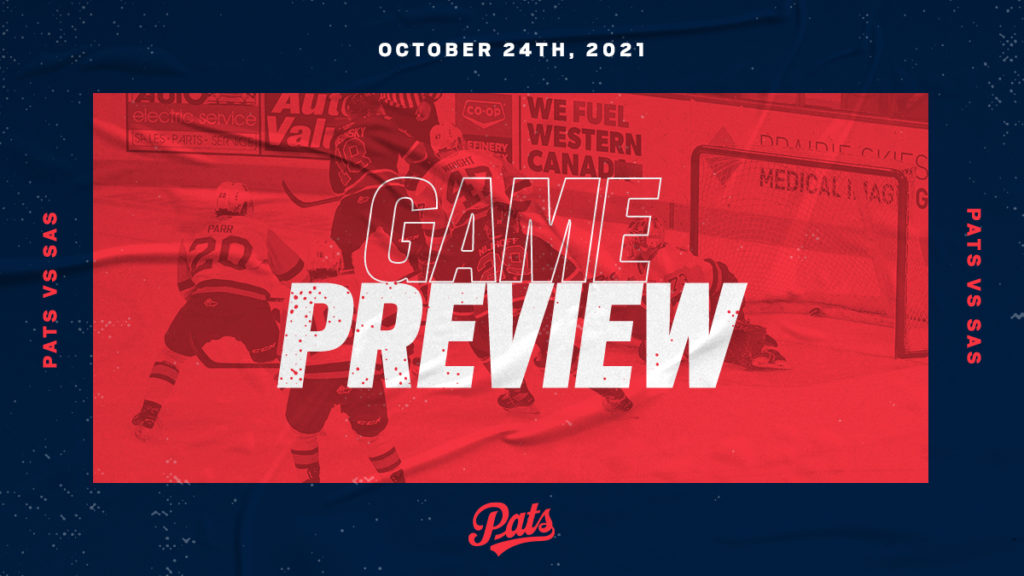 These two teams last met on Friday night, with the Blades winning 5-2 for their 207th all-time victory against the Pats, as both teams came into action with exactly 206 wins against each other, all-time. The loss for the Pats extends their losing-streak to six games, while the win for the Blades extends their winning-streak to three straight contests.

The Pats gave up the opening goal for a sixth straight game, as the Blades grabbed a 2-0 lead with goals in the first and second. Cole Dubinsky scored his second in as many nights while Bedard scored his first in five games, making it 3-2 going into the third. Two unanswered goals for the Blades would later seal it in the third. Regina outshot Saskatoon 39-30 in the hockey game, and have now outshot their opponent in three of the last four games. Nolan Maier was the difference in net for the Blades, making 37 saves on 39 shots for his 95th career win.

With four points this season, the Regiment are tied for fifth in the Eastern Division standings with the Prince Albert Raiders. A win today would pass the Raiders in the divisional standings as they are not in action.

The Blades come into tonight’s matchup sitting second in the Eastern Division with 11 points and fourth in the WHL with a 5-1-1 record. They have now recorded at least a point in six straight games since their 7-1 opening night loss to Moose Jaw. Former Pats’ draft pick Tristen Robbins was named the WHL Week 3 Player of the Week, scoring two goals and six assists in three games. He is currently riding a six game point-streak and is tied for second in the WHL in scoring with 14 points, while his 11 assists rank first. Kyle Crnkovic is on a seven game point-streak, while his six goals is tied for second in the WHL

Goaltender Nolan Maier broke the Blades franchise record for shutouts in a career, recording his 10th on Friday against the Tigers. He is also 25 wins away from setting the WHL’s all-time record for most wins by a goaltender in their career.

This will mark the second of six meetings between the Pats and Blades this season.

6: Straight losses for the Regina Pats is the longest losing-streak since Febuary 23 – March 13 of the 2018-19 season, where they lost seven
straight games…over this recent stretch, the Pats have been outscored 27-to-13 for a -14 goal differential.

7: Consecutive games with a point (3G-5A) for Pats forward Cole Dubinsky is the longest point-streak by a Pat’ this season and longest of his
career…four of his seven points this season have come on the power play (1PPG-3PPA)…his 1.14 PTS/G and seven points leads the Pats roster. 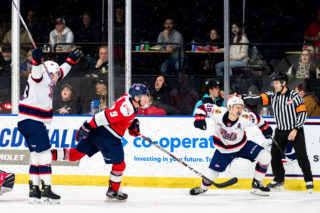