PREVIEW: Pats open home-and-home with Warriors on the road 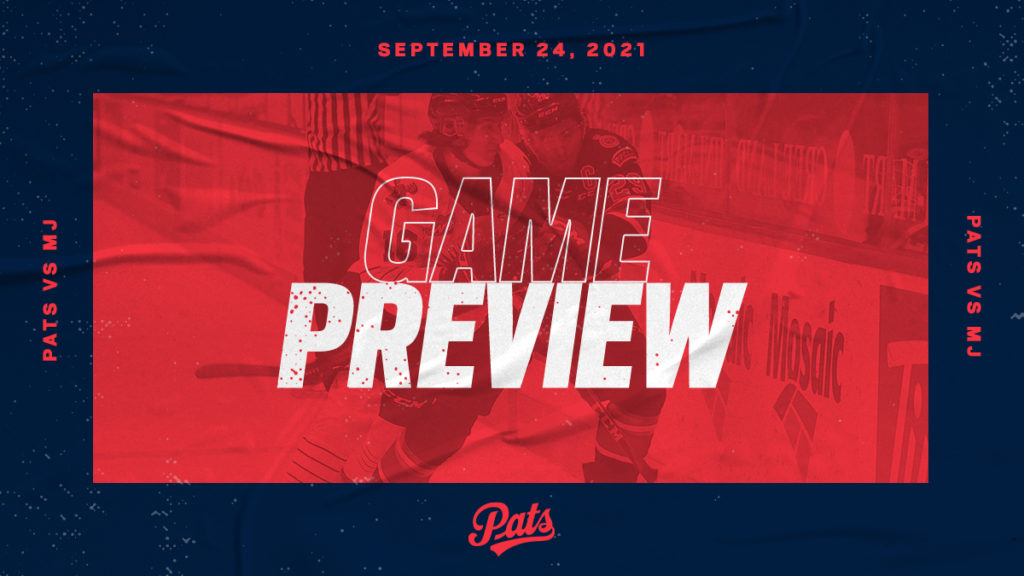 Regina, Sask. – The Regina Pats (2-1-1) wrap-up their pre-season schedule this weekend, beginning a home-and-home series against the Moose Jaw Warriors (3-0-0) Friday night at Mosaic Place, before finishing off their exhibition schedule at the Brandt Centre on Saturday at 7:00 p.m.

The Pats are coming off an impressive 6-2 win over the Prince Albert Raiders this past Saturday. Cole Carrier had himself a career night, scoring a short-handed hat-trick, becoming just the fifth player in WHL history to do so. To make things even more impressive, only one NHL player has ever scored three short-handed goals in a contest.

Matthew Kieper, who was named the games second star, stopped 27 of 29 while improving to 2-0 this pre-season – lowering his goals against average to 2.49 and raising his save percentage to .931 through three pre-season appearances. Cole Dubinsky extended his point-streak to four games, scoring twice, while Connor Bedard tallied two assists — extending his point-streak to four contests.

Dubinsky (10) and Bedard (8) currently rank one and two in pre-season scoring. Dubinsky also leads all skaters in assists (6) while Bedard leads in goals (5).

Tonight, the Pats get one of their key acquisitions back as Zack Stringer returns to the club following a trip to Minnesota Wild rookie camp. The Lethbridge, AB, native has scored three goals and registered five points over just two pre-season games.

On the other side, the Moose Jaw Warriors come into tonight’s game as one of five undefeated WHL teams with a 3-0-0 record. The Warriors have defeated Brandon (3-1) and Swift Current twice (6-1 & 5-2). All three of their goaltenders have seen action thus far, and have only given up four goals against. Their offence has accumulated 14 goals, but it has been scoring by committee for the Warriors as 10 players have scored this pre-season. Their power-play is also something the Pats need to be careful of, running at 26.7%.

Import Robert Baco leads all skaters in game-winning-goals with two, while also leading rookies in goals with three. The Warriors backend has produced as well, as three defencemen are playing at a point per game pace, with Maximus Wanner (4 points), Denton Mateychuk (4 points) and Matthew Gallant (3 points) all among the leaders in points for defencemen.

Pats single game tickets are now on sale! You can also purchase pre-season tickets for home games at the Brandt Centre on Sept. 25. For all your ticketing needs, click here.