PREVIEW: Pats Look To Bounce Back Today In Winnipeg 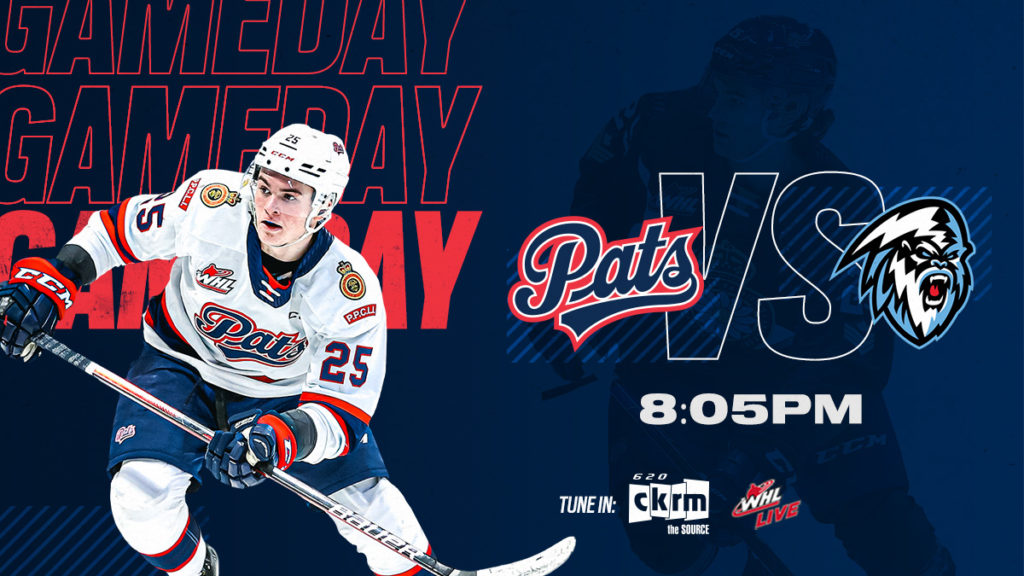 Winnipeg, Man. – The Regina Pats look to bounce back from a tough 9-5 loss to the Winnipeg ICE on Thursday by wrapping up this two game road stretch against the ICE on Saturday at 8:05 inside the Wayne Fleming Arena.

The Pats are coming off a 9-5 loss to the ICE on Thursday at the ICE Cave. The Pats had a 2-1 lead after one and were tied 4-4 after two. Winnipeg scored five times in the third period for their 14th straight win, as Matthew Savoie’s career-high six points (3G-3A) helped the ICE improve to 19-1-0-0. The Pats got goals from Connor Bedard (1G-2A), Tanner Howe, Braxton Whitehead (1G-1A), Stanislav Svozil and Layton Feist. The final shots were 41-26 for the ICE. Regina was 2-5 on the power play and just 3-6 on the penalty kill.

Outside of Savoie’s six point outing, Winnipeg also got multi-point games from Owen Pederson (2G-2A) Connor McClennon (1G-3A) and Zach Benson (1G-2A). Mason Beaupit made his ICE debut in net, picking up his first victory of the season. The ICE have now outscored their opponents 24-to-12 over their last three contests in which the club has scored seven or more in three straight games.

It’s the second of six meetings this season between the Pats and ICE. Last season, the ICE went 7-0 vs. the Pats (37GA-14GF). The Pats are 0-15-1-1 against the ICE since their move from Kootenay to Winnipeg at the beginning of the 2019-20 season. The last time the Pats defeated the Kootenay/Winnipeg franchise was on February 20, 2019, as the Pats won 5-4 in a shootout.

Thursday’s edition saw the Pats score five goals against the ICE for the first time since their move from Kootenay to Winnipeg.

46: Number of points (19G-27A) in 21 games for Pats captain Connor Bedard leads the WHL, while his 19 goals are first, and his 27 assists are also first…the North Vancouver, BC product also leads the WHL in power play assists (14) and power play points (19).

7: Points over Tanner Howe’s last three games (3G-4A), as he takes a three game point-streak into action today…the Prince Albert, Sask. product has 26 points (10G-16A) in 20 games this season which is T-13th in WHL scoring.

14: Power play goals for the Regina Pats over their last nine contests, having scored at least one power play marker in nine straight…during that time, the Pats man-advantage has gone 14-for-41, running at 34.1%…overall, the Pats power play is 10th in the WHL at 23.9%.

6: Goals since coming back from injury for Borya Valis who has scored in four of his last seven games with six goals and three assists for nine points during that time…on  last Wednesday vs. Edmonton, the Denver, Colorado product recorded a career-high four points, as well as his first career hat-trick.