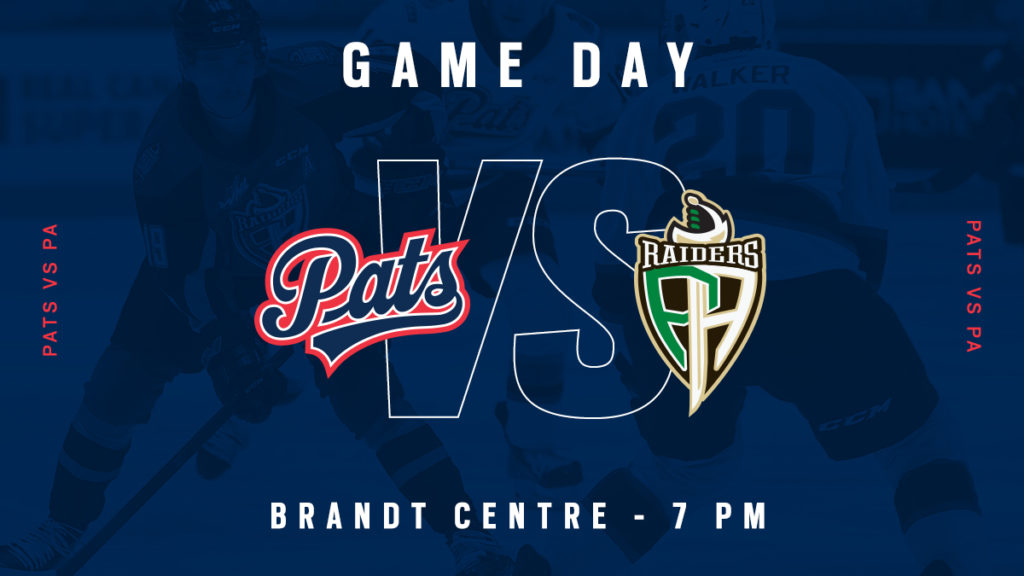 Tonight’s contest will wrap up a home-and-home series, with the Pats dropping the first game 8-6 at the Art Hauser Centre on Friday night. Cale Sanders and Evan Herman led the way for the Raiders, as they scored four unanswered goals, erasing a 4-4 tie late in the hockey game. This came after the Pats came back from a 4-1 deficit in the second frame.

Connor Bedard continued his pre-season tear with another multi-goal effort on Friday night. He now has five goals and one helper in three pre-season games, as well as back-to-back two goal games. The 16-year-old from North Vancouver, B.C. scored both of his goals on Friday on the power play, and finished with three shots on goal. He maintains his WHL pre-season goal lead with five goals in three games.

Cole Dubinsky continued his hot play this pre-season, adding two assists in Prince Albert, which extended his point-streak to three games. He now leads all of the WHL this pre-season in points (8) and assists (6).

For the Raiders, they took home their first pre-season contest. Evan Herman and former Pat’ Cale Sanders scored twice in their victory, while Tyson Laventure added three assists. They finished their 2020-21 campaign in fourth place in the Hub Centre East Division, one point ahead of the Pats with an 9-11-3 record. Last year’s leading scorer Ozzy Wiesblatt is in San Jose with the Sharks, taking part in their development camp and upcoming 2021 Rookie Faceoff. The 2020 first-round pick had 28 points in the bubble season. He is one of six Raiders at NHL camps, the others being captain Kaiden Guhle (Montreal Canadiens), forward Reece Vitelli (Arizona Coyotes), defencemen Nolan Allan (Chicago Blackhawks) and Landon Kosior (Los Angeles Kings), and goaltender Carter Serhyenko (Calgary Flames). Allan signed his entry-level contract with the Blackhawks yesterday.

The Pats are 13-10-0 against Prince Albert the last five years.

Get your tickets for tonight’s preseason game online by clicking here. You can also get them at the Brandt Centre box office starting at 12 p.m.

The Pats home opener against the Prince Albert Raiders on Oct. 2 will be broadcast on national TV! Get your tickets HERE. All single game tickets are also now on sale!