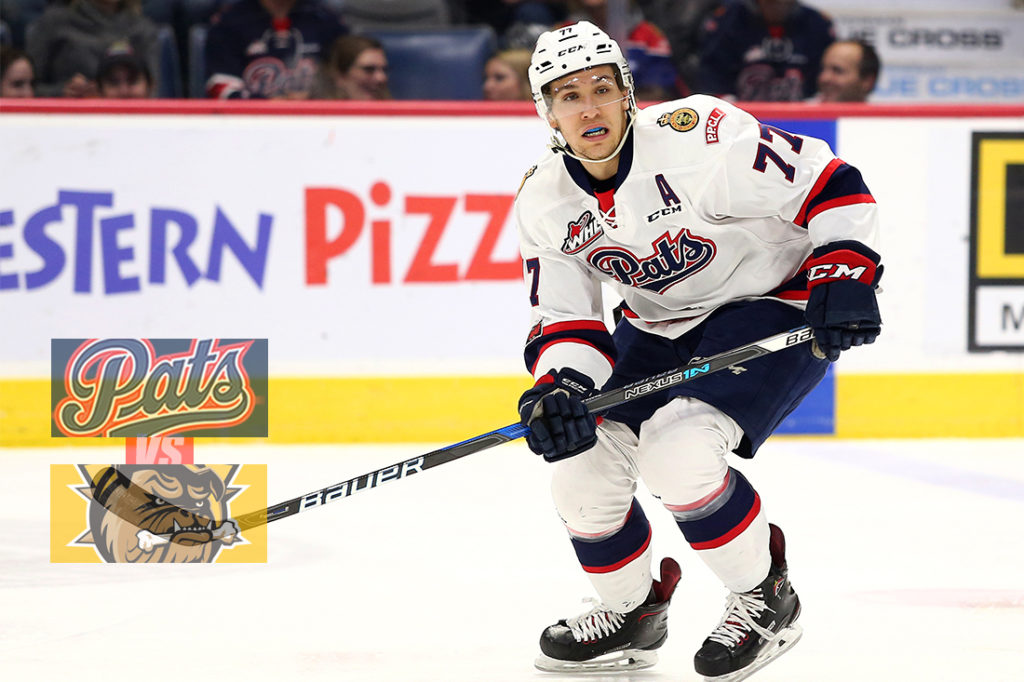 The Regina Pats (0-0) kick off the historic 100th Mastercard Memorial Cup on Friday night against the Ontario Hockey League Champion Hamilton Bulldogs (0-0). Puck drop is at 8 p.m. at the Brandt Centre. The Pats have been off since April 2 when they lost game seven to the Swift Current Broncos in the playoffs. The Bulldogs are coming off a six game series win over the Sault Saint Marie Greyhounds. The game can be heard starting at 7:05 with the Safeway Sobeys pre-game show followed by Bennett Dunlop Ford Pats Hockey on 620 CKRM. The game will also be broadcast on Sportsnet.

Back to Back Appearances
Pats defemceman Aaron Hyman will be playing in a second consecutive Mastercard Memorial Cup in 2018. The 19-year-old was a member of the 2017 WHL Champion Seattle Thunderbirds who played in the tournament in Windsor, ON. Hyman was acquired by the Pats ahead of the January 10 WHL trade deadline and appeared in 28 regular season games, scoring twice and adding four assists to go along with a plus four rating and 10 penalty minutes. In seven playoff games in 2018, Hyman had one assist.

Mahura Back Again
Pats defenceman Josh Mahura will be making his second appearance in the Mastercard Memorial Cup on Friday night. The Anaheim Ducks prospect was a member of the 2016 host Red Deer Rebels that fell in the semi-final to the QMJHL Champion Rouyn-Noranda Huskies. Mahura was traded to the Pats in January of 2017 and had a career year in 17-18 with 22 goals and 69 points in 60 games. He added five assists in seven playoff games this year.

Hamilton Bulldogs
The Bulldogs are making their first ever Mastercard Memorial Cup appearance since moving to Hamilton from Belleville in 2015. The Belleville Bulls appeared in two Memorial Cups, in 1999 as OHL Champions and as the host club in 2008. The Bulldogs were the eighth ranked team in the CHL entering the OHL Playoffs in 2018.