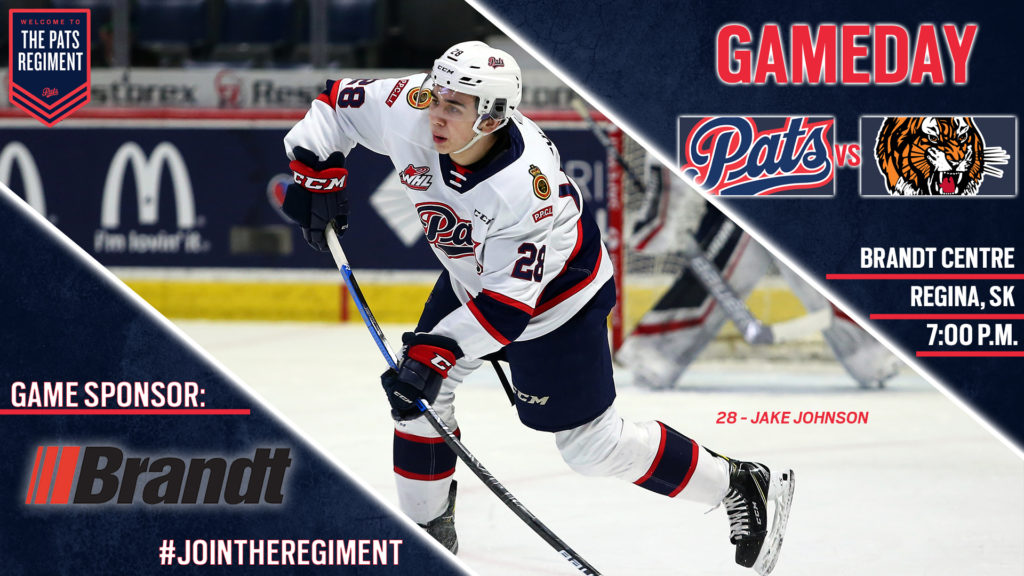 The Regina Pats (20-31-4-2) conclude a four-game home stand on Friday night when they host the first half of a home and home set with the Medicine Hat Tigers (35-19-2-1). Puck drop is at 7:00 p.m. at the Brandt Centre. The Pats were last in action on Sunday when they beat the Brandon Wheat Kings 4-3 in overtime. The Tigers last game was on Saturday, a 2-1 loss at home to the Spokane Chiefs. Tonight is the third of four meetings between Regina and Medicine Hat, the Pats are 0-2-0-0 so far in the season series. The game can be heard with Bennett Dunlop Ford Pats Hockey starting at 6:35 p.m. on 620 CKRM and will be broadcast on Access 7.

Quick Facts
– The Pats are 3-7-0-0 in their last 10 meetings with Medicine Hat, the Tigers has won six in a row against Regina.
– Regina is 9-4-3 in their last 16 home games.
– Austin Pratt leads the Pats with 11 points in 20 career games against Medicine Hat.
– The Pats are 5-5-1-0 in the month of February.
– Donovan Buskey is 8-8-1-0 in his 17 starts since the WHL Trade Deadline.
– Austin Pratt scored the first overtime winner of his career on Sunday against Brandon.
– Logan Nijhoff had two assists Sunday and has put up 20 points in 27 games in the second half of the year.

Number One
Pats defenceman Jake Johnson scored the first goal of his WHL career on Sunday against Brandon. The 16-year-old also had an assist in the contest for the first multi-point game of his career. A product of Scottsdale, Arizona Johnson was drafted in the 10th round of the 2018 WHL Bantam Draft and has appeared in 52 games this season, scoring one goal and adding five assists. He has a goal and two assists in his last five games played.

Career High Tied
Pats captain Austin Pratt scored his 19th goal of the season on Sunday and added his 32nd assist to reach the 51-point mark for the season. That ties his career high from last season when he had 51 points in 68 games. The overager is currently riding a five-game point streak where he has three goals and four assists for seven points. He is also riding a three-game goal streak, scoring a goal in every one of the Pats three games on the weekend. He leads the club in points with 51 and shots on goal with 214 through 57 games.

Last Pats Game
The Regina Pats got a goal and an assist from both Austin Pratt and Jake Johnson in a 4-3 overtime win over the Brandon Wheat Kings on Sunday at the Brandt Centre. In the first, the Wheat Kings took a 1-0 lead at the eight-minute mark when Donovan Buskey had his glove hit as he tried to catch a shot and it went un-called. The Pats tied it up just over a minute later when Zach Wytinck picked up his seventh of the season. Brandon got the lead back on a five on three powerplay with four minutes left and it was 2-1 after one. In the second, the Pats tied it up at 16:28 when Jake Johnson buried his first WHL goal on a shot from the left point. Brandon went back ahead a minute later on another powerplay goal and it was 3-2 after 40 minutes. In the third, it stayed 3-2 until the final five minutes when the Pats went to the penalty kill. Regina was able to find a tying goal shorthanded when Logan Nijhoff fed Carter Chorney in front and he scored his sixth to make it 3-3 with 3:43 remaining. The game would need overtime and in the extra frame, Austin Pratt ripped home his 19th from the right circle to give the Pats the 4-3 victory.

Last Pats Game Vs Medicine Hat
February 11, 2020 – Mads Soogard made 24 saves as the Tigers shutout the Pats 7-0 in Medicine Hat. Donovan Buskey and Danton Belluk combined to make 36 saves for the Pats. Ryan Chyzowski led the way with three points in the win. 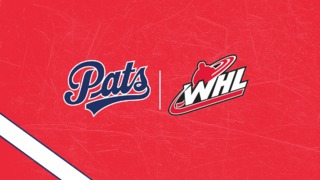