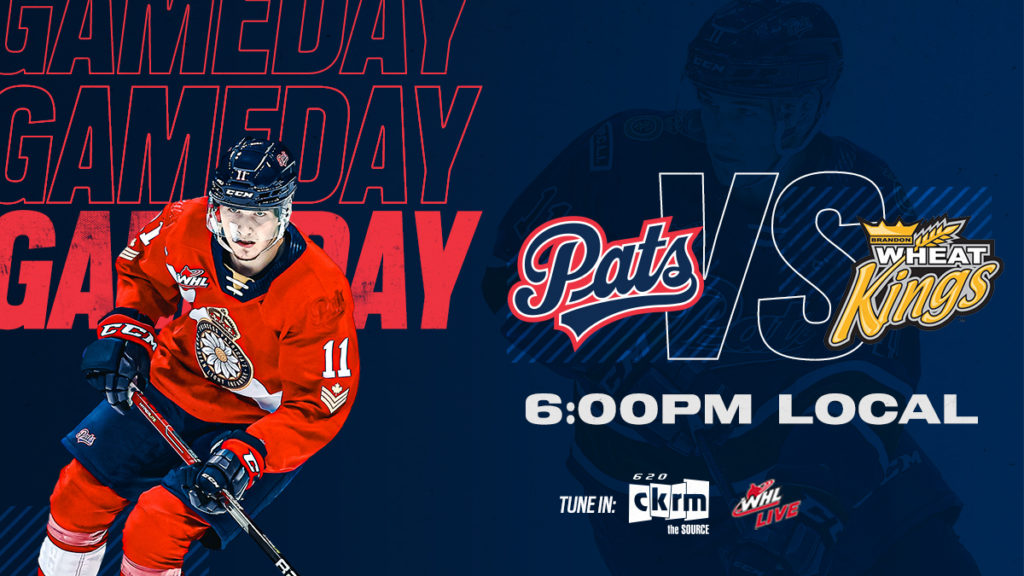 On Sunday in Calgary, the Pats dropped a 7-3 decision to the Hitmen. Jaxsin Vaughan and Alexander Suzdalev scored their first WHL goals while Tye Spencer recorded his third of the season. The final shots were 46-27 for Calgary, and 22-6 for the Hitmen in the first, as they led 4-0 after one period of play. The Pats made it a 5-3 game after two, but were unable finish the comeback in the third. The Pats finished 6-8 on the penalty kill and 3-4 on the power play.

For the Wheat Kings, they are currently 1-0-1-0 on the season, coming off a 4-1 win over the Moose Jaw Warriors on Saturday, as they are in the middle of a four game homestand. Brandon will head on a an eight game road trip through Alberta and B.C. following their homestand coming to an end on Friday against Saskatoon.

In Brandon’s 4-1 win, Charlie Elick, Calder Anderson, Evan Groening and Jake Chiasson had their goals, while being outshot 35-25 as Carson Bjarnason was stellar in the win, stopping 34 of 35.

The Brandon Wheat Kings are coming off a 35-28-3-2 season with 75 points, which was good for sixth in the Eastern Conference. The Wheat Kings lost to third seed Red Deer Rebels in round one in six games. Brandon has made the playoffs in 20 of the last 22 years, reaching the league finals four times, and winning once in 2015-16.

3: The Pats have three players over a point per-game this season, with Bedard (9PTS), Valis (6PTS) and Howe (6PTS) all over…the Pats top line of Valis, Bedard and Howe have combined for 21 of the pats 45 points this season, and 10 of the teams 19 goals.

9: Number of points (5G-4A) in five games for Pats captain Connor Bedard leads the WHL, while his five goals are second…last season, he produced 100 points (51G-49A) in 62 games, finishing fourth in points and second in goals…also currently on a three game point-streak.

+25: Shot differential this season for the Pats, as they have outshot their opponents in four of the five games, totaling 176 shots for and 151 shots against…during that time, the Pats have posted an .854 team save percentage, allowing 22 goals.

32: Shots on net this season for Connor Bedard leads the WHL, as he is averaging 6.40 per-game, while he averaged 5.25 shots on net per game last year, with 326 shots in 62 games, which led the league…Borya Valis sits third in the WHL with 19 shots.

80.0%: Penalty kill percentage through four games despite allowing at least one powerplay goal in each of their first five games of the season…they have also now scored a powerplay marker in three straight games, as the power play is 3-21 overall at 14.3%.