Pats With Convincing Win Over Tigers 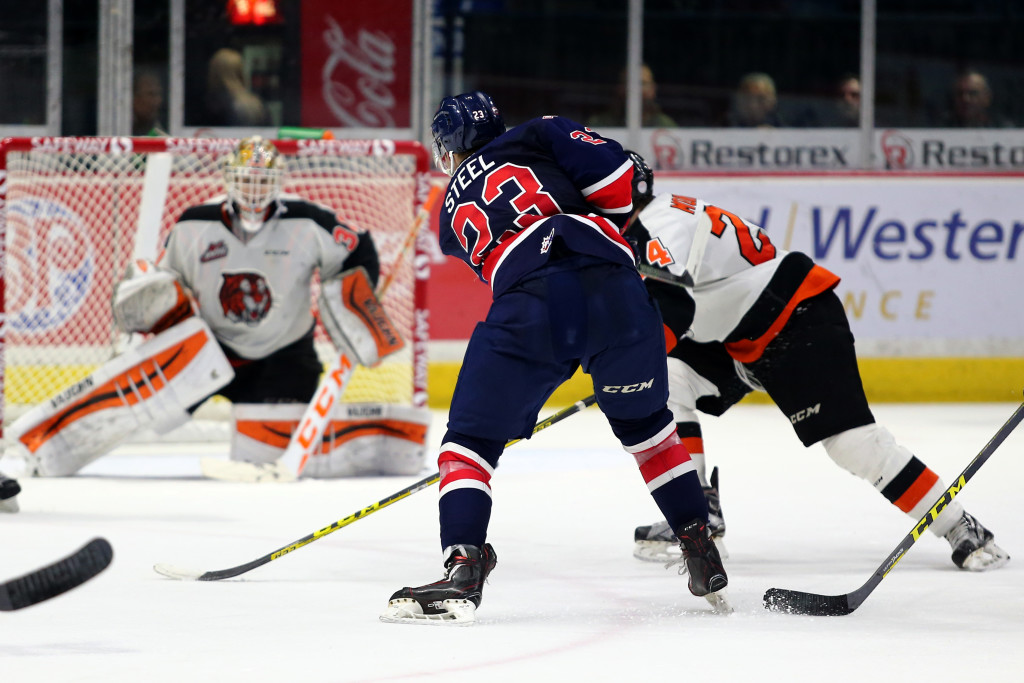 Game Story
The Regina Pats got on the board early and often in the first as they jumped out to a 3-0 lead before Medicine Hat scored one late on the power play.  The Regina goals came from Sean Richards, Austin Wagner and Lane Zablocki to get things started.  The story in the first, however, was Pats Forward Adam Brooks who notched four assists to bring his season point total to 78.  In doing so, Brooks took over the league lead in scoring.  He currently sits two points up on the Moose Jaw Warriors, and former Pat, Dryden Hunt in the scoring race.  Regina would add one in the second from Sam Steel and an empty netter late in the third from Sergey Zborovskiy.  With the win the Pats move seven points up on Medicine, holding a 3-0 lead in the season series.  Regina Pats Goalie Tyler Brown turned away 41 shots on route to the victory.

What’s Next?
The Pats are back in action on home-ice tomorrow night at 7 p.m. when they host the Prince George Cougars.  The puck drops at 7 p.m.  The game sponsor is Home Depot who will be giving away toques before the game.  Tickets are available at Ticketmaster.ca, the Brandt Centre Box Office and Safeway locations throughout Regina.