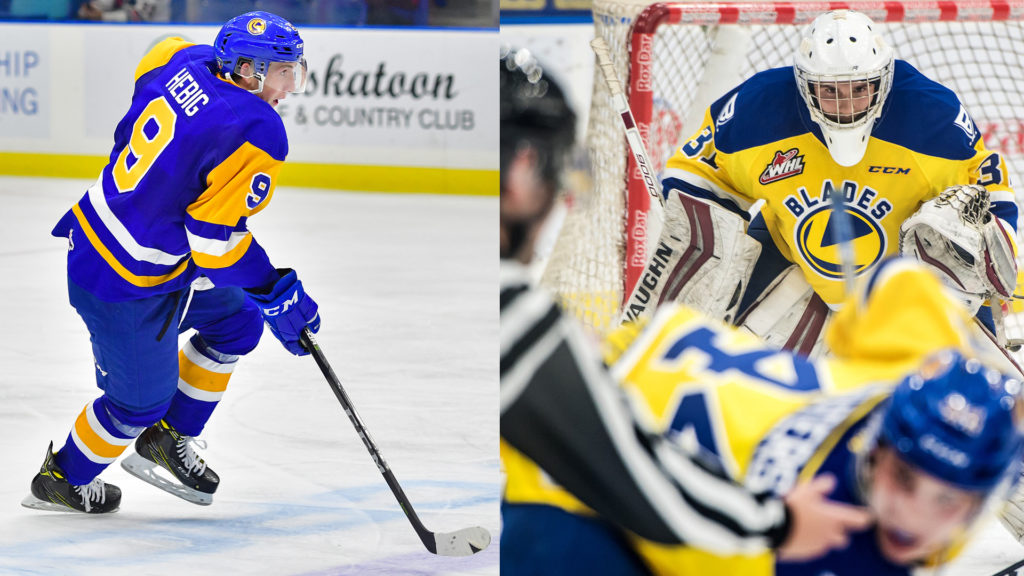 Hebig (6’0, 182) is enjoying a career year in the WHL with 30 goals and 28 assists for 58 points in 48 games with the Blades. The product of Saskatoon was signed by the Edmonton Oilers this season and has put up 193 points in 238 career games.

“Cameron is one of the best overage players in the league this year,” said Pats Head Coach and GM John Paddock. “We are really excited to add his scoring and playmaking ability to our team.”

Hebig was originally a third round pick of the Blades in the 2012 WHL Bantam Draft.

“Kubic brings three years of experience to our team,” added Paddock. “We believe he can give us the goaltending we need down the stretch.”

Kubic was drafted in the second round of the 2013 WHL Bantam Draft by the Vancouver Giants.

“It’s really hard saying goodbye to Tyler,” said Paddock. “He has been a mainstay on our team for the last three years and we wish him all the best for the rest of this season and going forward in life and his career.”

Lockner was drafted by the Pats in the third round of the 2015 WHL Bantam Draft. The 17-year-old has put up 11 goals and 25 points in 101 games in his career. This season, the Windsor, CO product has seven goals and five assists for 12 points in 39 games.

“Lockner is a really good young player,” added Paddock. “He is going to be an impact guy in our league in the next three years but to get good players you have to give up good players.”