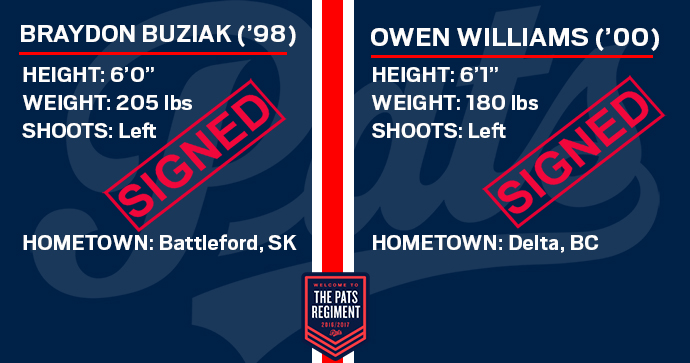 About the Regina Pats
Named for the Princess Patricia’s Canadian Light Infantry, the Western Hockey League’s Regina Pats are the oldest major junior hockey franchise in the world operating from its original location. Since their founding in 1917, the Pats have won three Memorial Cup Championships and compete in the WHL’s Eastern Division.  To learn more about the Pats, call 306-337-1535 or visit www.reginapats.com.