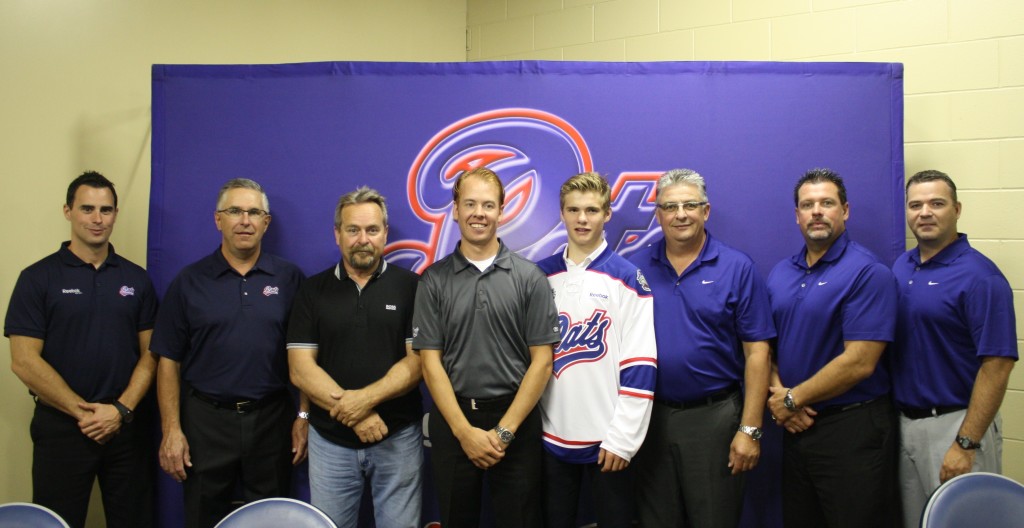 Steel captained the Sherwood Park Bantam AAA Flyers in the 2012-13 season.  He led the team in scoring totaling 104 points (52G, 52A) in 31 games through the AMBHL season.  The 5’10”, 157 lbs forward took home some hardware as well this year being named the AMBHL North’s Top Forward and Most Sportsmanlike Player.  Steel rounded out his season by winning the Alberta Cup in Camrose while leading the tournament in scoring with 15 points (tied for 3rd all-time).

“Sam may be the most dynamic player to come out of the 2013 Bantam Draft,” commented Chad Lang.  “His skill-set and vision on the ice translate into Sam being a tremendous all-around player who makes those around him better.  In a short time, Sam has already proven his determination to compete at the highest level and find success.  We are excited to add him as an important part of our organization going forward.”

The 2013 off-season was a busy one for the skilled centre.  After the May 2nd WHL Bantam Draft, Steel attended the Pats Spring Development Camp at the end of May.  He was selected as one of three Canadian players to attend the 2013 IIHF Development Camp in Vierumaki, Finland in July.  Steel finished the summer by joining 41 of the top bantam players in Canada at the Allstate All-Canadians Mentorship Camp in Toronto and being named to Team Alberta’s short-list for the 2013 Western Canada U16 Challenge Cup.

“It’s amazing, I’m really looking forward to this,” said Sam Steel.  “I’m going to work my hardest to help this team and prove what I can do.”

Pats fans can get a look at Sam Steel and his fellow prospects in action this evening as Regina Pats Training Camp gets underway at the Cooperators Centre with the first on-ice session at 7:00 p.m.  The annual Blue and White Game wraps up Camp Sunday, September 1st at 11 a.m.  Entry is just $2 at the door with the proceeds going towards the Pats Education Fund. 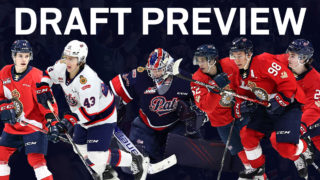