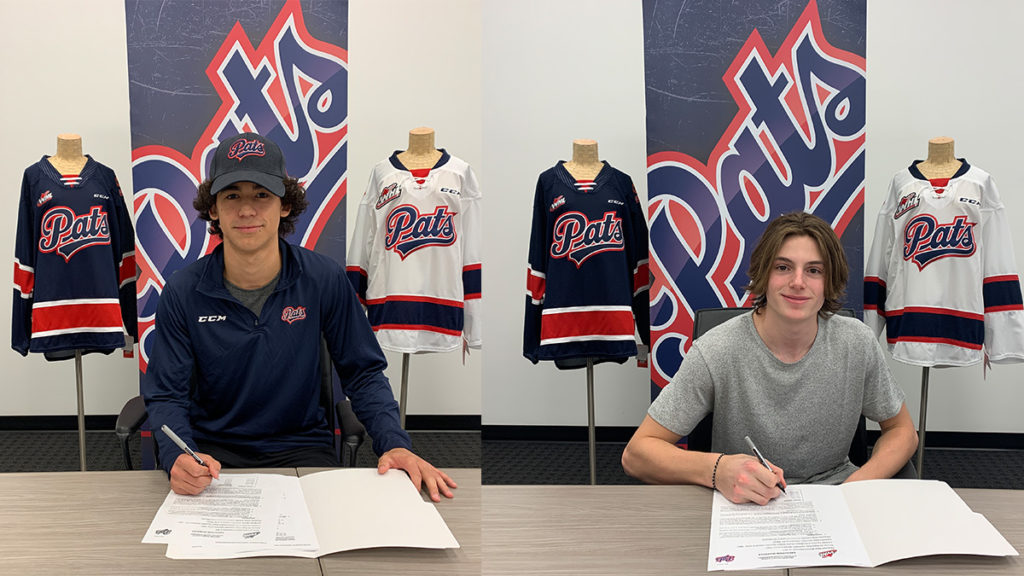 Michels, 16, was drafted by the Regina Pats in the first round of the 2020 WHL US Prospects Draft, 18th overall. The Colleyville, TX native played for the Bishop Kearney Selects U-15 AAA club last season, where he compiled 22 goals and 33 assists for 55 points in 58 games.

“Matteo is a speedy young player with lots of potential,” Regina Pats GM and VP of Hockey Operations John Paddock said. “He’s super competitive and has strong offensive instincts. We’re happy to add him to our group.”

Pyne, 16, went undrafted in the WHL Draft. He suited up for the Estevan Bears in the Saskatchewan Midget AAA Hockey League last season, recording a .901 save percentage in five appearances. The year prior he went 10-5-0 in 17 games for the Prairie Storm bantam AA team, before winning all three playoff appearances with a .925 save percentage prior to the season being cancelled.

“Kelton had a very strong camp and we are excited to get him signed,” Paddock said. “His athleticism and quickness stand out, but most importantly, he has continued to get better. We see him as a big part of our future.”