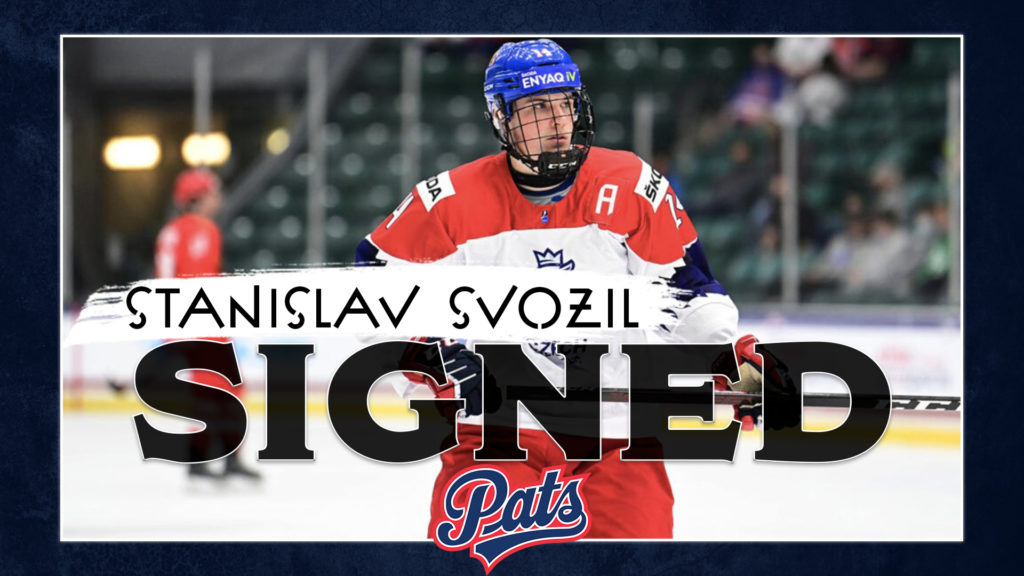 Regina, Sask. — The Regina Pats Hockey Club is thrilled to announce they have signed 2020 CHL import selection Stanislav Svozil to a Standard Player Agreement. The 2003-born defenceman was chosen by the Pats 15th overall in the 2020 CHL Import Draft.

“We are very pleased to announce the signing of Stanislav Svozil,” Pats VP of Hockey Operations and General Manager John Paddock said. “We feel we’re adding a really good player: someone who has already played at the World Junior Championships, is already drafted and has signed with the Columbus Blue Jackets. We’re excited to add him to our lineup.”

The left-shot defender (6-1, 182 lbs.) from Prerov, Czech Republic, registered three goals and five assists for eight points in 71 career games over two seasons with HC Kometa Brno in the Czech Extraliga, making his pro debut in 2019-20. That season, he was named the Czech Extraliga Rookie of the Year after notching two goals and three assists for five points in 41 appearances with Brno.

Svozil (pronounced Svoh-ZIHL) was selected by the Columbus Blue Jackets in the third round of the 2021 NHL Draft, 69th overall. On Aug. 13, the Blue Jackets signed him to a three-year entry level contract.