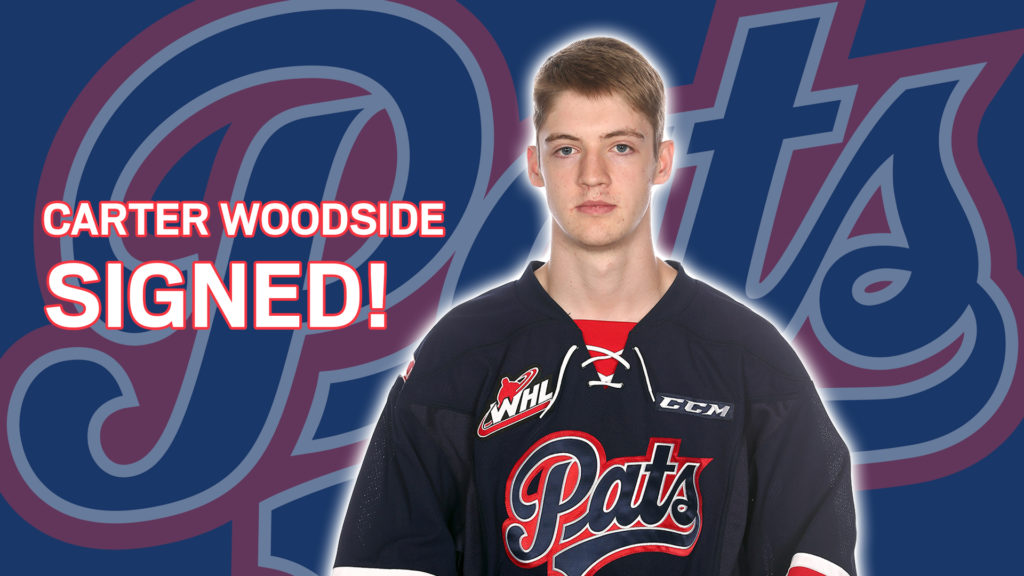 The Regina Pats Hockey Club is pleased to announce they have signed 17-year-old goaltender Carter Woodside to a Standard WHL Player Agreement.

Woodside and the Pats are preparing for the first pre-season game of the year tonight at the Brandt Centre against the Swift Current Broncos at 7 p.m. Tickets are $5 at the door or a full tournament pass, (4 games), is $10.