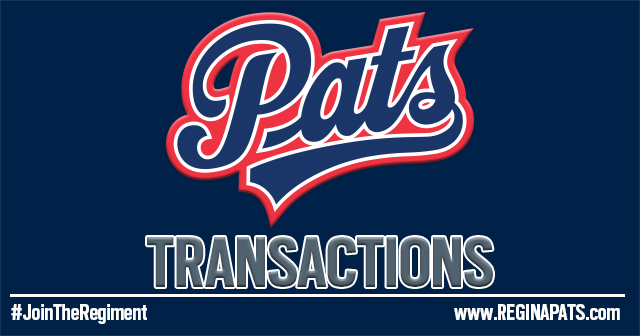 The Regina Pats Hockey Club is pleased to announce they have signed 16-year-old forward Drake Rogers to a standard WHL Player Agreement.

The Iqaluit, Nunavut product played the 2018-19 season with the Iqaluit Icemen Sr A of the NASHL. He scored 73 goals 187 points in 41 games.

Rogers (6’4, 212) was listed by the Pats during the 2018-19 season, “We are really excited about this signing,” said Pats General Manager John Paddock. “Drake has put up incredible numbers over the last two seasons, while playing with players much older, we couldn’t be happier that he chose the WHL and the Regina Pats.”

Rogers is the first player in Western Hockey League history to be signed from the Canadian territory of Nunavut and is expected to join the Pats full-time in the 2019-2020 season.

“The acquisition of a player of the caliber of Drake could be a major factor to making the Pats a contending team next season” said Pats Director of Scouting Dale McMullin. “Like the CHL Import Draft, sometimes it is hard to find out about these guys up North but we were able to find him and is a credit to the extraordinary efforts of our scouting staff to rebuild the hockey club following our latest four season stretch of success.”