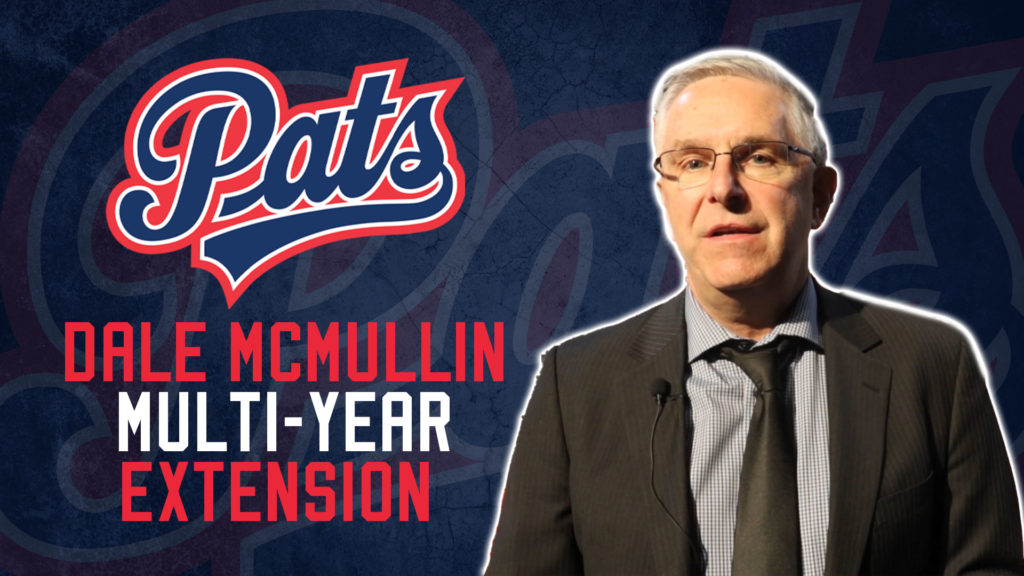 The Regina Pats Hockey Club is pleased to announce that Director of Scouting Dale McMullin has signed a multi-year contract extension with the team.

McMullin joined the Pats in the summer of 2011 and has been the club’s Director of Scouting for eight seasons. He was previously with the Red Deer Rebels for nine seasons as a Scout and then Senior Scout.

“I couldn’t be happier,” said McMullin. “We have accomplished a lot in the last eight years, and I look forward to being a part of what’s to come with this organization.”

“Dale is an integral part of our team,” said Pats VP of Hockey Operations and GM John Paddock. “He works tirelessly at his craft; we are excited to have him continue his work here in Regina.”

McMullin played for the Brandon Wheat Kings from 1971-76, putting up 168 goals and 418 points in 309 games. He is sixth in franchise history in career goals with 168, fourth in career assists with 250, sixth in career points with 418 and seventh in career regular season games played with 309.