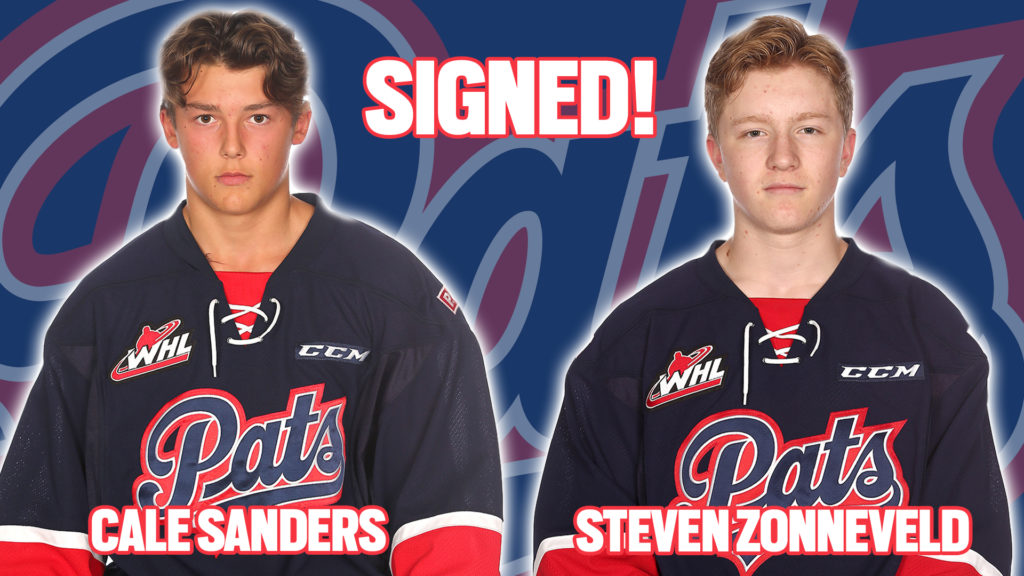 Zonneveld (6’3, 181) is from Calgary, Alberta. He was also a free agent camp invite and played last season with the Calgary Flames of the AMHL. In 35 games he scored seven times to go along with 11 assists for 18 points.

Both Sanders and Zonneveld remain with the Pats as they begin preparations for the 2018 pre-season. The first contest is Friday at the Brandt Centre against the Swift Current Broncos at 7 p.m. Tickets are $5 at the door or a full tournament pass, (4 games), is $15.

Regina will start the regular season on September 21 against the Prince Albert Raiders. Their home opener is Saturday September 22, also against Prince Albert. Season tickets and 17-game packages for the 2018-19 season are available now by visiting reginapats.com.