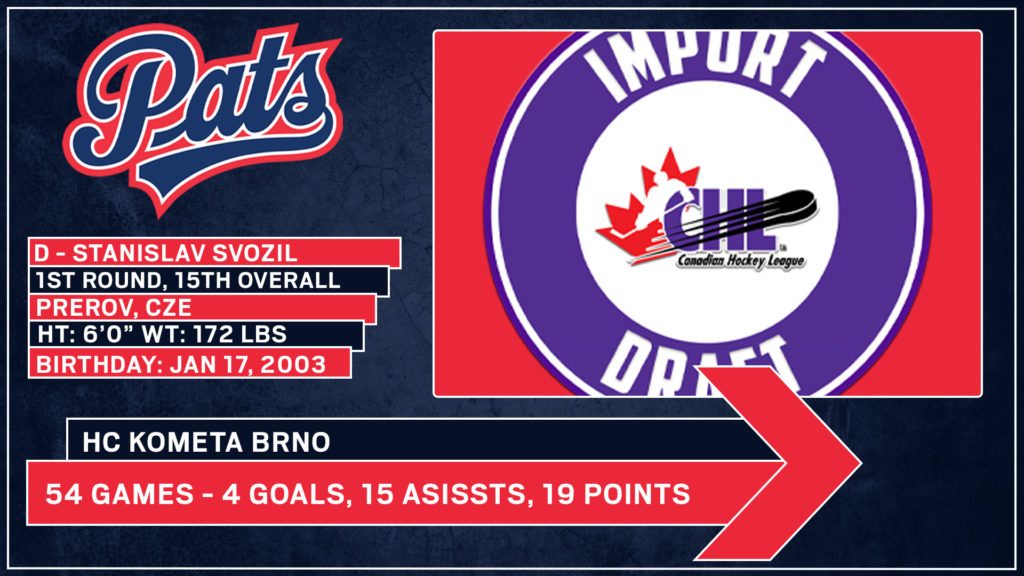 The Regina Pats Hockey Club is pleased to announce they have selected defenceman Stanislav Svozil 15th overall in the 2020 CHL Import Draft.

Svozil (6’0, 172) from Prerov, Czech Republic played the 2019-20 season with HC Kometa Brno of the Czech League. He played in 54 games between the U16, U20 and Czech teams, scoring four goals and 19 points. He was named the Czech Extraliga Rookie of the Year.

“We are excited to get Stanislav where we did in the draft,” said Pats VP of Hockey Operations and General Manager John Paddock. “He is a good young player and we hope to add him to our team for the upcoming season.”

Svozil was a member of the Under-17 and Under-18 teams for the Czech Republic, winning a bronze medal at the Under-17 World Hockey Challenge last year.

Season tickets for the 2020-21 season are on sale now at reginapats.com. The Pats are offering three different season ticket packages and payment plans are available.