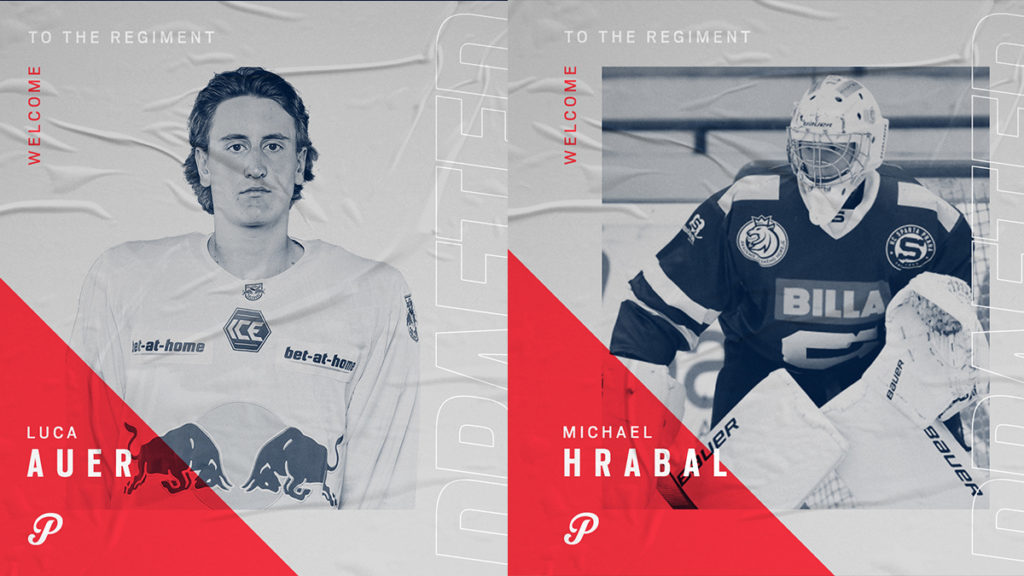 Auer, who turns 18 later this month, is from Graz, Austria, and played most of last season for Red Bull Hockey Juniors, where he led the team in scoring with 48 points (20G-28A) in 35 games. Those 48 points ranked top-10 in the Alps Hockey League. The left-shot winger also played in 12 regular season games and two playoff games for EC Salzburg, the men’s team that won the championship in the ICE Hockey League, the top-tier in Austria.

The 6-foot-2, 179 lb. forward also has international experience, having represented his country at the IIHF Ice Hockey U18 World Championship Division I, Group B, that was played in Italy in April. Auer led Austria in scoring with six points in four games (1G-5A) in that tournament.

Hrabal, 17, from Praha, Czechia, put up sparkling numbers for his hometown U20 team, HC Sparta Praha. In 24 games, the 6-foot-4 goaltender registered a .936 save percentage and 2.14 goals-against-average.

Regina Pats season tickets go on sale Monday, July 4 at 10 a.m. At that time, all your ticketing information will be available at reginapats.com/tickets!