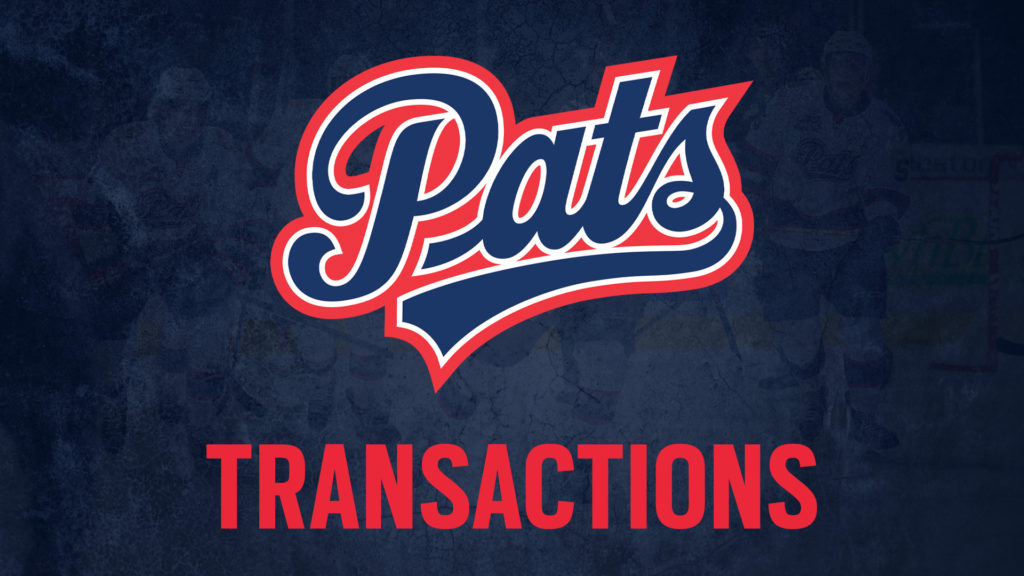 The Regina Pats Hockey Club has reduced their roster to 28 players with four preseason games remaining.

The Pats sit with 15 forwards, 10 defenceman and three goaltenders. Among the remaining players, 18 are returning from last year’s team, one was acquired via trade, Dawson Holt from the Vancouver Giants and the other nine would be Western Hockey League rookies.

The Pats continue the 2019 preseason on Thursday in Swift Current against the Broncos at 7 p.m. on 620 CKRM. They will return home to host the Medicine Hat Tigers on Saturday at the Brandt Centre at 7. Tickets are $10 at the door.