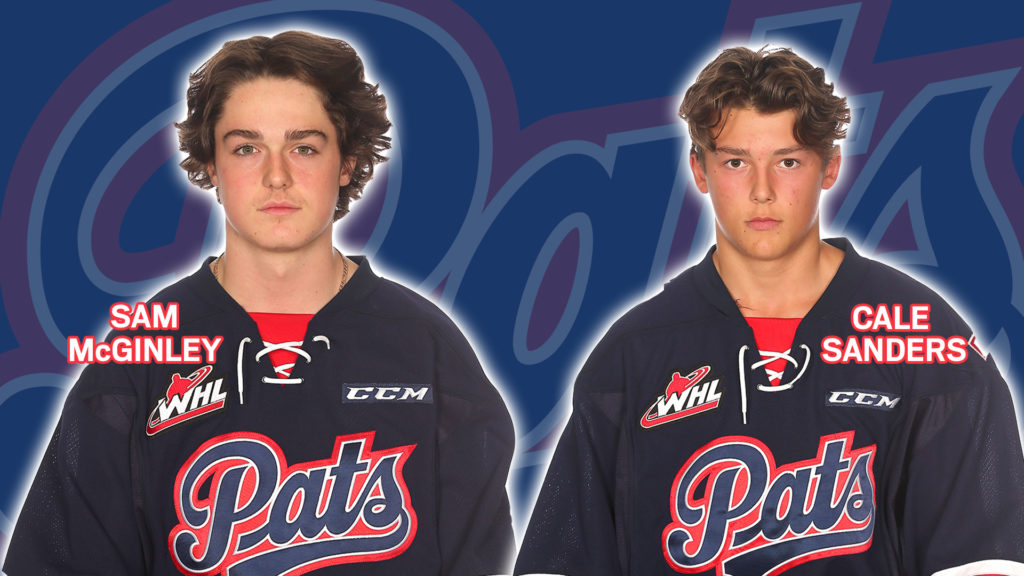 The Regina Pats Hockey Club has announced they have reassigned 16-year-old defenceman Sam McGinley and 16-year-old forward Cale Sanders to the Edge Hockey School of the CSSHL.

McGinley (6’1, 182) was drafted in the fifth round of the 2017 WHL Bantam Draft. The 16-year-old appeared in three preseason games this year, recording one assist. Last season with the Edge School Elite 15’s he scored seven goals and had 40 points in 36 games.

Sanders (5’11, 164) is a listed prospect of the Pats and signed with the club during 2018 training camp. He played in all four of the Pats preseason games to date. In 36 games with the Edge School Elite 15’s last year he scored 19 goals and had 29 assists for 48 points.

These moves bring the Pats roster to 29 players, 15 forwards, 10 defencemen and four goaltenders.

The Pats continue the 2018 preseason Thursday night in Saskatoon against the Blades at 7 p.m. They will wrap up the preseason on Friday against the Prince Albert Raiders at 7 at the Brandt Centre. Tickets are $10 at the door.