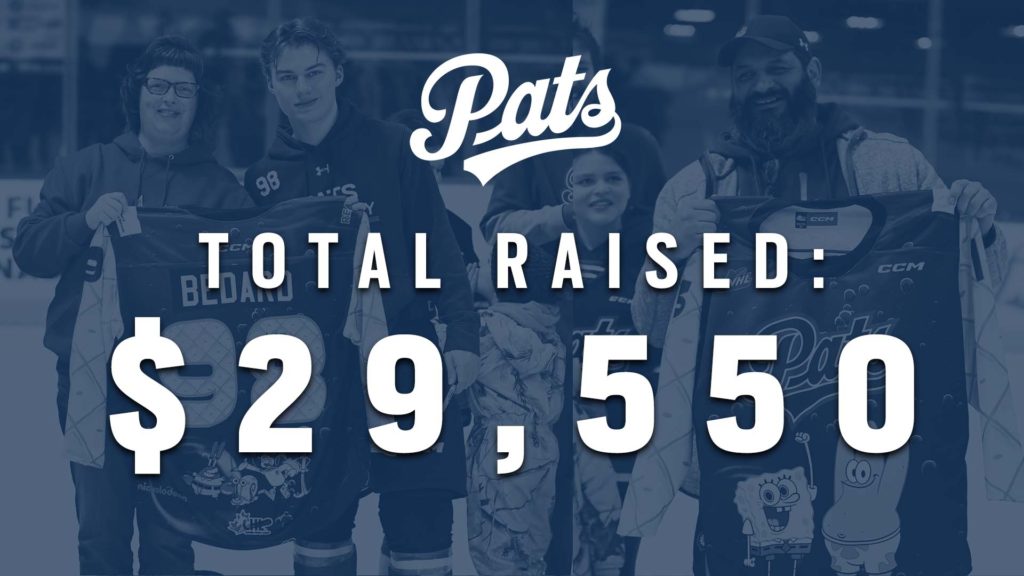 Regina, Sask. — The Regina Pats Hockey Club is thrilled to announce that a total of $29,550 was raised through their online jersey auction this past weekend, which featured one-of-a-kind SpongeBob SquarePants jerseys as part of RE/MAX presents: Nickelodeon Night.

Net proceeds from this auction will go to Children’s Miracle Network, which strives to fund critical treatments and healthcare services, pediatric medical equipment and research.

“We are overwhelmed by the positive reaction to this theme jersey and this initiative,” Pats CEO Gord Pritchard said. “We’d like to thank all the bidders who supported the Children’s Miracle Network through our auction and also thank RE/MAX, Nickelodeon and the WHL for playing an important role in helping children right here in our province.”

F is for friends who do stuff together!