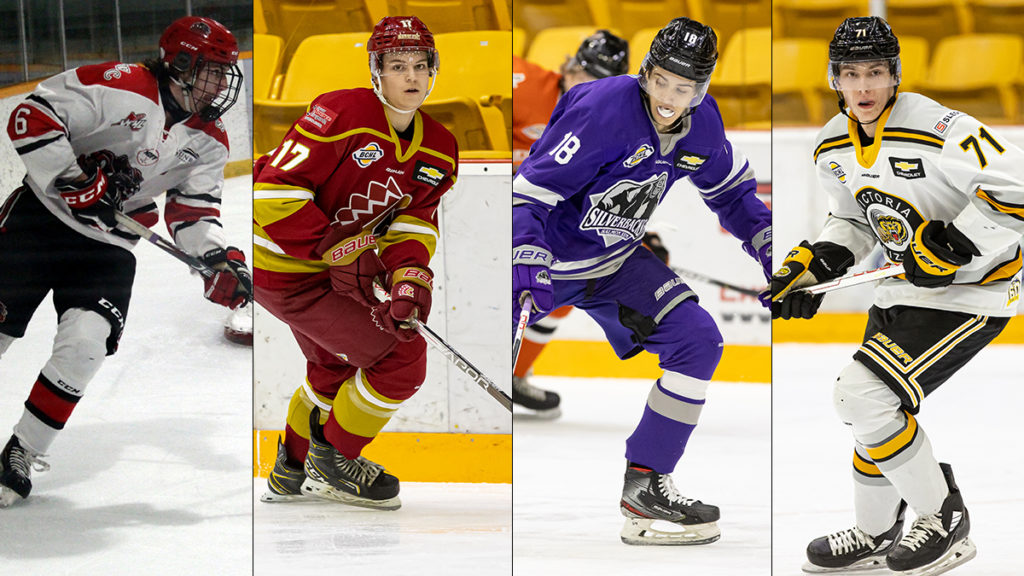 Today, we look at drafted players prior to the 2021 Prospects Draft. Our next update — the final one — will look at the unsigned prospects from the most recent draft, as well as listed players.

Plaiser, 17, was drafted by the Pats in the fourth round of the 2020 WHL Prospects Draft. This past season, the 6-foot-1, 168 lb. defenceman from Virden, Man. totaled nine goals, 17 assists and 26 points over 44 games with the Southwest Cougars U18 AAA team.

“He’s grown since we drafted him. He seems to play a bit of a hard game and doesn’t mind getting involved. He seems to bring a lot of pushback according to my scouts, and hopefully he can bring that to our level.” – Regina Pats Director of Scouting Dale McMullin.

Beckner, 17, just wrapped up his first season in the BCHL with the Salmon Arm Silverbacks, scoring 10 points (4G-6A) in 42 games. He played in nine playoff games, scoring one goal, as the Backs were eliminated in round two of the BCHL playoffs in five games. The 6-foot-1, 170 lb. forward from Victoria, B.C., was drafted by the Pats in the seventh round in 2020 out of the St. George’s School U15 Prep program.

“I caught up with Owen a couple times this year, and most recently in Cranbrook in March and then in Salmon Arm. He’s really grown since we drafted him. He’s probably 6-foot-1 now and long in the legs. His strides are good and he seems to think the game well. He just has to get stronger. The biggest thing with Owen is the recruitment process and because of COVID, we haven’t spent a lot of time with the players and families over the past couple years like we’d be normally doing.” – Regina Pats Director of Scouting Dale McMullin.

Milburn, 17, scored four goals and six assists for 10 points in 40 games during his rookie season with the Chilliwack Chiefs, while also dressing in four playoff games. The 6-foot, 185 lb. forward from Kamloops, B.C., was drafted by the Pats in the ninth round of the 2020 WHL Prospects Draft.

“The last time I saw Brady was prior to Christmas and met up with him in March on a trip through the lower mainland and up through Salmon Arm. He’s another kid that has grown quite a bit. He’s always had hands. You could say there’s been a little bit of lack of playing time for a young guy at that level but we really think he has a chance. It’s the same with Owen Beckner, getting them to camp and seeing where they’re at as far as their development and how close they are to playing.” – Regina Pats Director of Scouting Dale McMullin.

Wood, 17, scored 45 goals, 40 assists and 85 points in 46 games this season with the Victoria Grizzlies, leading the BCHL in goals and points, ultimately being named the league’s rookie of the year. The Nanaimo, B.C. native later scored two goals for Canada at this years IIHF U18 World Championship. He was previously drafted by the Pats in the second round of the 2020 WHL Prospects Draft.

“I watched a bit of video on him throughout the winter and I finally caught up with him in Langley in March. His hands and skill level are above most. He thinks the game like Connor Bedard and Tanner Howe. He shoots the puck like a pro. He makes plays all over the ice. His release is kind of like Connor’s and Tanner’s. He can rip a puck. He’s got the offensive instincts. He’s come a long way since we’ve drafted him. If we [can] recruit him, he would be a huge asset to the Regina Pats.” – Regina Pats Director of Scouting Dale McMullin.

“He’s a very high-level player and we believe he would have a big impact with us. He’s filled out substantially since we drafted him. I’ve seen him play bantam hockey but we caught a glimpse of it last year at training camp, as him and Connor Bedard seemed to have magic together. In a short stay at training camp, Matthew showed a lot of high level play.” – General Manager and Head Coach John Paddock