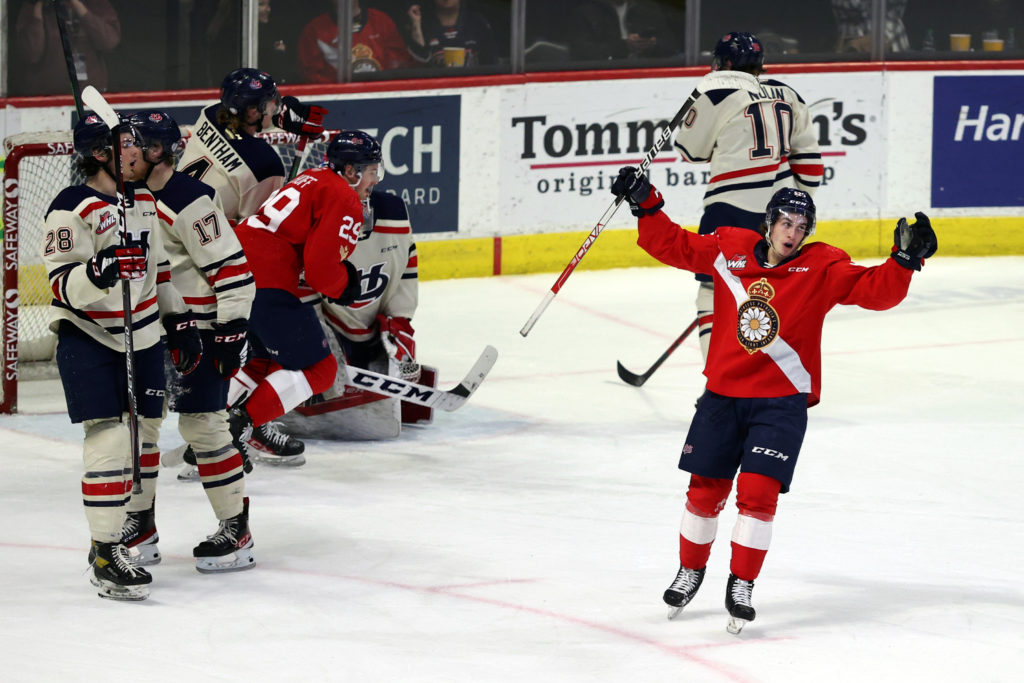 Regina, Sask. — Braxton Whitehead wants to be a top-six forward next season for the Regina Pats.

The Palmer, AK product, who turned 18 earlier this month, has been been putting in a lot of work off the ice this summer, with that goal in mind.

In his first full Western Hockey League season in 2021-22, the versatile forward produced 17 points (10G-7A) in 58 games, after totalling one goal in 18 games during the 2021 ‘Hub’ season. Whitehead began the season as a bottom-six forward, with penalty kill time, but moved himself into a top-nine role in the second-half, which included some power-play opportunities. The 5-foot-11, 162 lb. forward finished the year on a four-game point streak (2G-2A) and had 11 points (6G-5A) in his final 16 games.

“Towards the end, I would say I was making the right passes at the right time and finishing my shot and [was] in the right spot, giving my teammates the best opportunities that I can,” Whitehead said. “I wish I would have done it earlier so I could have made a bigger impact, but towards the end I was just trying to capitalize on everything. My playing time went up so my opportunities also went up. I think you can see that through my stats, so I would say with the playing time that I earned, it really gave me the opportunities to improve.”

Before joining the Pats in the spring of 2021, Whitehead’s youth career took him many places.

Regina selected him in the third round (66th overall) of the 2019 WHL Prospects Draft after a season in which he played for the Anchorage North Stars 14U AAA team. Whitehead then went on to play with the Pittsburgh Penguins Elite 15U’s, scoring 29 points (11G-18A) in 56 contests. After that, Whitehead decided to attend Athol Murray College of Notre Dame in Wilcox, SK and play for the Hounds 18U team, where he tallied seven points (2G-5A) in six games before joining the Pats for their season in the Hub.

“Coming out of [2020-21] I was pretty happy,” he added. “I think its okay to be never satisfied with where you’re at because you can always be better. I think I met my expectations, but I think it’s time to set some higher ones.”

One of Whitehead’s strengths throughout the whole 2021-22 season was his penalty killing and his play on the defensive side of the puck, which is not often found in a rookie forward.

“I’d say penalty killing has been part of my game since I was really little,” he said. “I was happy to get the opportunity last year and I think I did pretty well. There are still some parts of that part of my game that I can try to perfect. Maybe block every shot. I think our penalty kill as a team next year will be a lot better.” 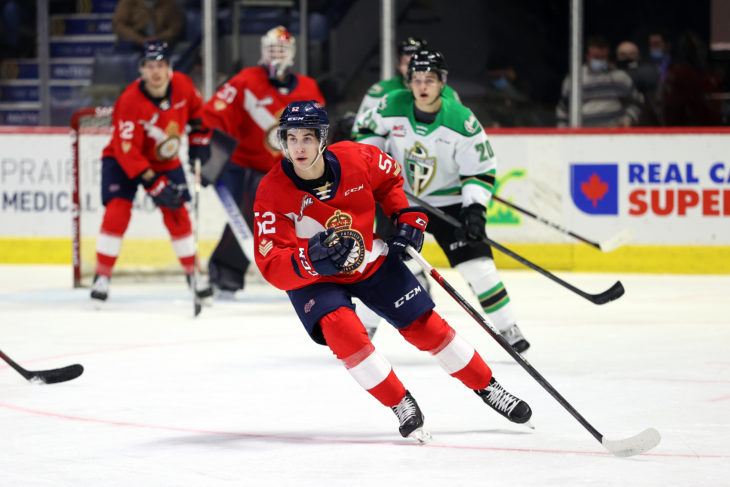 Another strength is his hockey IQ: he can think the game at a high level, which at times allowed him to play in situations with Connor Bedard and Tanner Howe.

“For me, thinking at a high level only has its benefits,” Whitehead said. “You can see the ice quicker, you can see plays and think about them before they’re even made. There’s no downfalls to that whatsoever. Being able to play with Bedard and Howe makes the game 10 times easier. It’s something you have to train your mind for. It’s not easy all the time, but you have to keep your mind fresh and keep going.”

Whitehead also said the Pats coaching staff had a lot to do with his development this season, not just by trusting him in tough situations, but also with the work they put in to help him in practice.

“They all helped me in different aspects,” he said. “Brad [Herauf] got me to where I am on the penalty kill right now. Every single shift and practice, I’d ask him questions about different situations and areas that could go down. That helped me implement those ideas into my game. Kenny [Schneider] always helped me have a fresh mind on the ice. He really helped me not get down on something I’m not doing well on. He helped me focus on different parts of the game and keeping my mind fresh. John [Paddock] overall just oversaw everything. He helped me in all aspects. Offensive, defensive and rushes. I’m really thankful for having coaches like this in my life.”