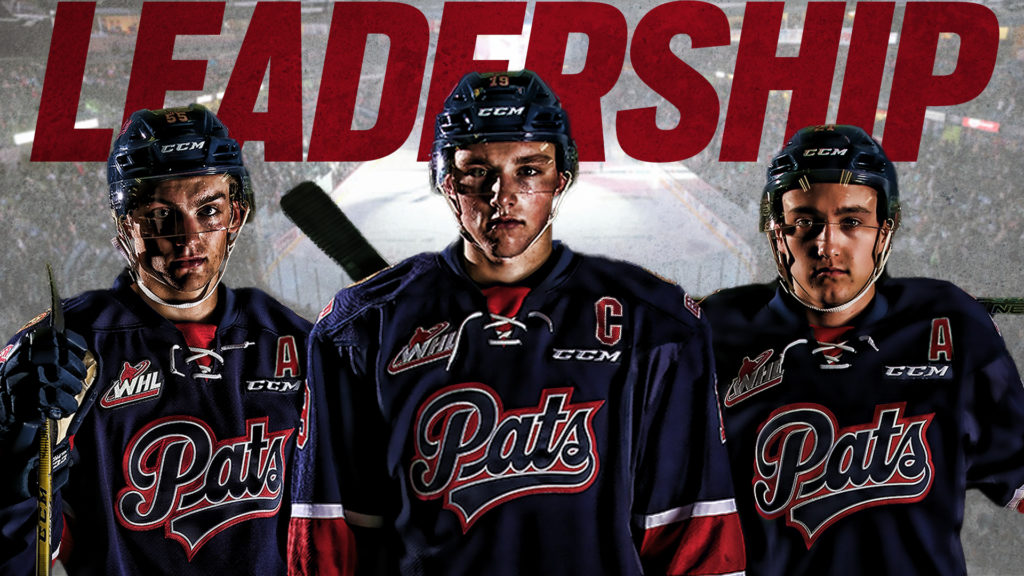 The Regina Pats Hockey Club is pleased to announce their leadership group for the 2018-19 season.

Vegas Golden Knights signed prospect Jake Leschyshyn has been named the club’s captain. The 19-year-old is entering his fourth season in Regina. In 189 games, the Saskatoon product has scored 45 goals and has 99 points. Leschyshyn has represented Canada at the 2015-16 World Under-17 Hockey Challenge and was a member of Team WHL in the 2018 Canada Russia Series.

“Jake is a consummate professional,” said Pats Head Coach and Assistant GM Dave Struch. “His leadership on and off the ice is invaluable to our organization and he is the guy perfect for to wear the C this year.”

Nick Henry and Liam Schioler will serve as alternate captains for 2018-19.

Henry is a fourth-round pick of the Colorado Avalanche in 2017. The 19-year-old will begin his third season with the Pats on Friday night. In the previous two years, he has scored 49 goals and 110 points in 125 games. He is coming off a very successful Memorial Cup where he led the tournament with five goals and was tied for third in overall scoring with seven points.

Schioler is a career Pat who is entering his 20-year-old season in the WHL. The product of Winnipeg, Manitoba was drafted in the second round of the 2013 WHL Bantam Draft. He has appeared in 172 games with the Pats, recording 25 points, 141 penalty minutes and is a plus-18. Schioler attended rookie camp with the Edmonton Oilers in 2017.

“We are very proud to have Nick and Liam wear letters for our team this year,” said Struch. “Both are great people and are a credit to our organization.”

The Pats will kick off the 2018-19 regular season on Friday in Prince Albert at 7 p.m. on 620 CKRM2 via www.620ckrm.com. The club will host their home opener on Saturday at the Brandt Centre against the Raiders at 7 p.m. Tickets are available at reginapats.com and the 50/50 pot at the game will start at over $60,000.