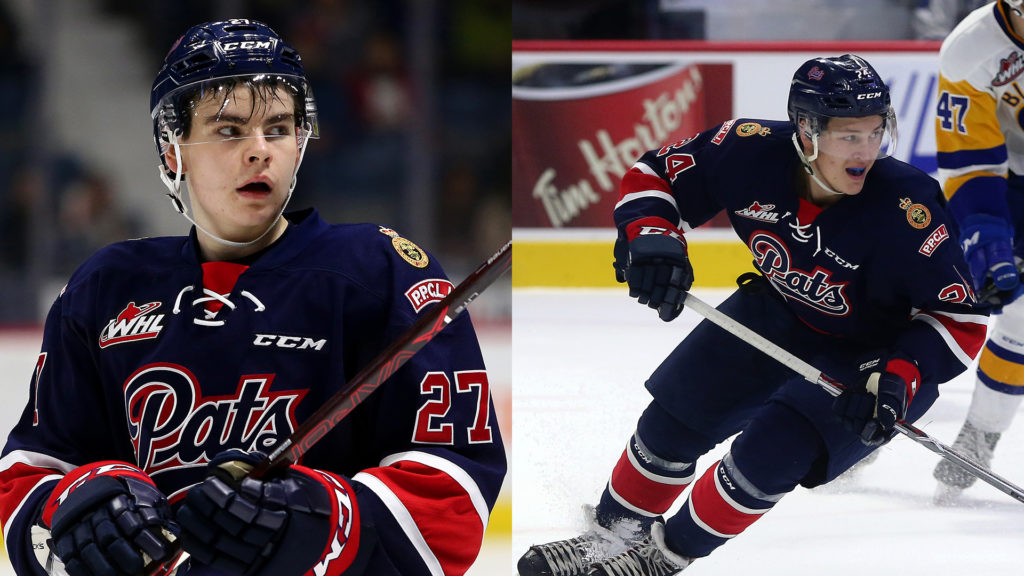 All three were listed as ‘C’ skaters as potential fourth to sixth round selections in the 2019 NHL Entry Draft in Vancouver, B.C.

Morrisseau, a late birthday, is in his first year of eligibility for the draft. In 14 games this season, he has a goal and three assists, but has not played since October 28 due to an upper-body injury.

Sedov is in his first year in the WHL, he was drafted by the Pats in the second round of the 2018 CHL Import Draft. The 17-year-old has put up four assists in his first 19 games in the league.

Bohlsen was drafted by the Pats in the ninth-round of the 2016 WHL Bantam Draft. The product of Willmar, Minnesota is currently playing in the USHL with the Des Moines Buccaneers. He has two goals and seven points in 15 games.

The Pats will kick off their longest road trip of the season tonight in Cranbrook, B.C. against the Kootenay ICE at 8 p.m. Regina time on 620 CKRM. Next home game is Saturday, December 1 against the Prince Albert Raiders. Tickets are available at reginapats.com, the Brandt Centre Box Office and at any Regina Safeway, where Fun Zone Tickets are $13 plus tax.