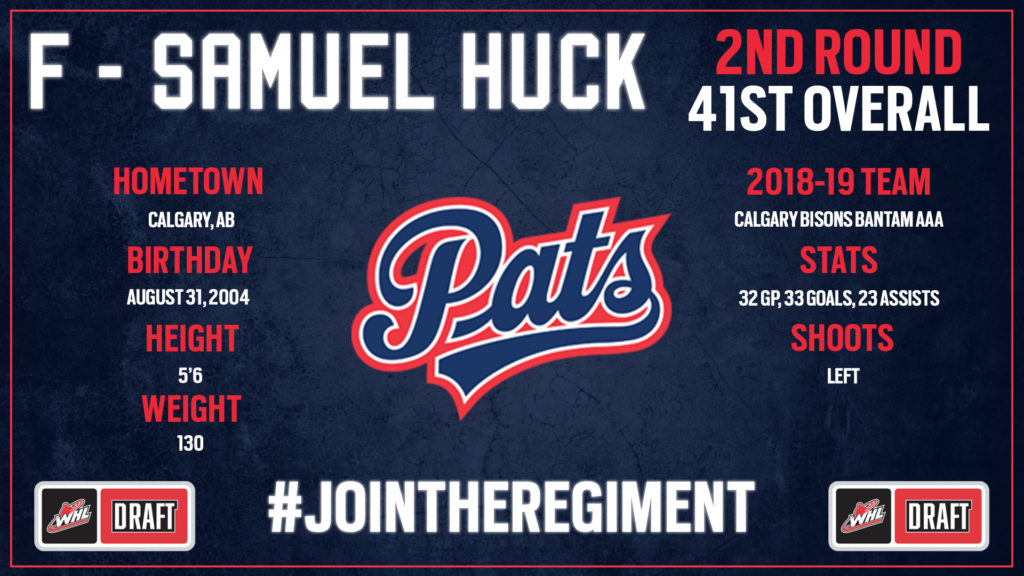 The Regina Pats Hockey Club is pleased to announce they have selected forward Samuel Huck in the second round and forward Zane Rowan, goaltender Matthew Kieper and centre Braxton Whitehead in the third round of the 2019 WHL Bantam Draft.

In the second round, 41st overall, the Pats took forward Samuel Huck from Calgary, Alberta. Huck (5’6, 130) played in 32 games with the Calgary Bisons Bantam AAA, scoring 33 goals and 56 points. 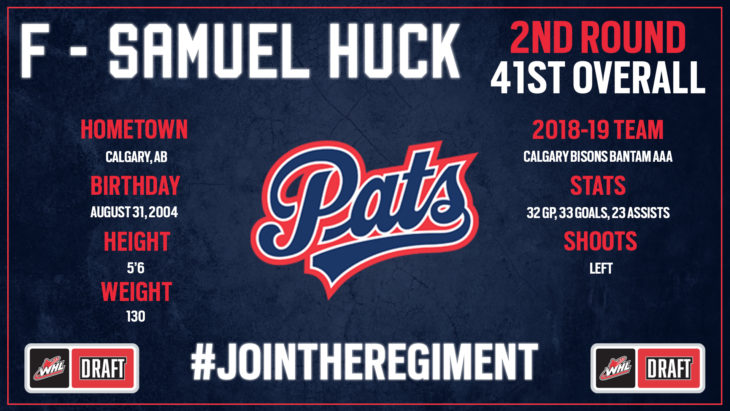 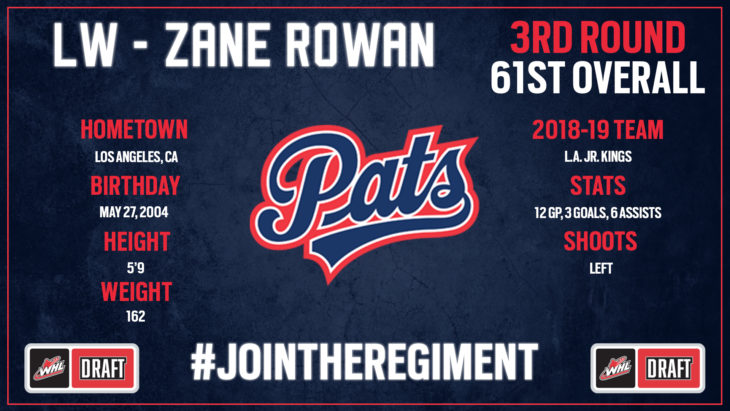 In the third round, 63rd overall, Regina selected goaltender Matthew Kieper from Winnipeg, Manitoba. Kieper (5’9, 186) played the 2018-19 season with the Winnipeg Sharks Bantam AAA, where he put up a 2.06 goals against average and a .931 save percentage in 17 games. 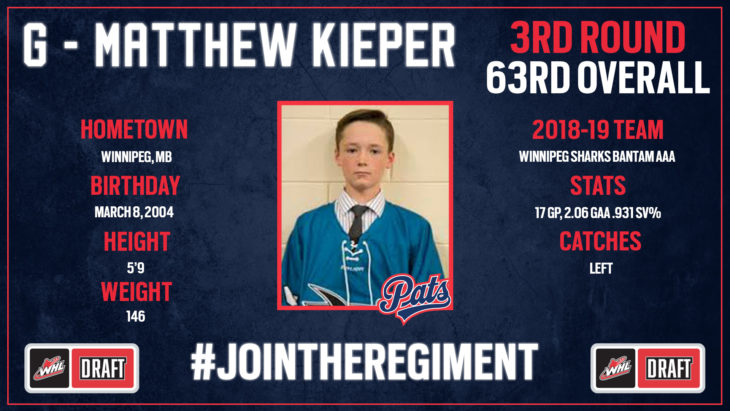 With their third and final pick of the third round, the Pats took centreman Braxton Whitehead, 66th overall. Whitehead (5’9, 160) from Anchorage, Alaska, played 2018-19 with the Anchorage North Stars. 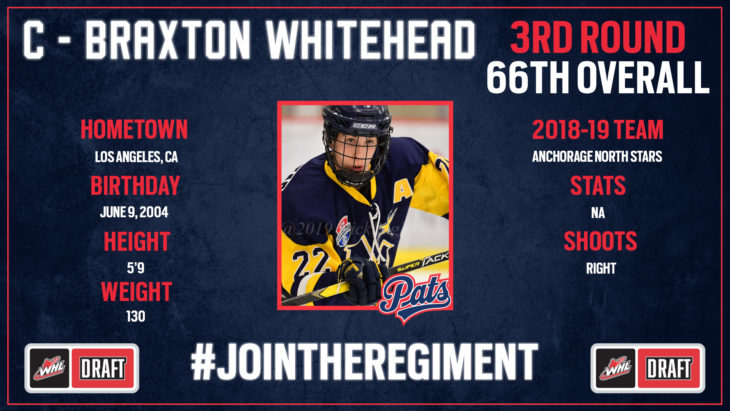