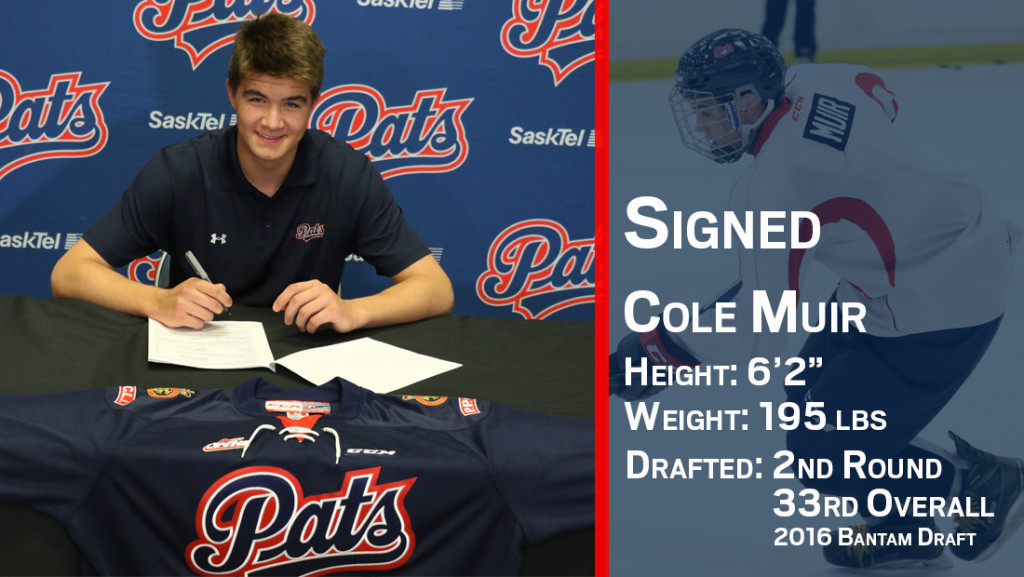 “It’s amazing and I’m glad to be signed now,” said Muir. “It’s phenomenal and playing for John Paddock will be amazing.”

“You like to get your highest pick signed as soon as possible,” commented John Paddock.  “He’s somebody we had highly ranked, he’s a big part of the future of the organization and he wants to play in the Western Hockey League.  We have a cornerstone player for down the road.” 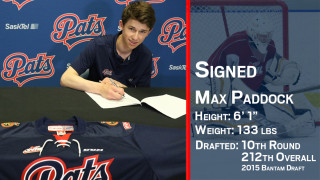 “He’s a tremendous athlete,” said Paddock.  “There isn’t a sport he can’t do so I think that’s what makes him a goaltender.  He’s very smart in the net for a goalie and his movement is great for a goalie.  I think his athletic ability is going to give him the chance to be quite the player.”

The Regina Pats completed their annual spring prospects camp over the weekend.  A group of prospects, mostly from the Pats’ 2015 and 2016 draft classes, were in Regina to learn about the organization and take part in a pair of on-ice sessions.