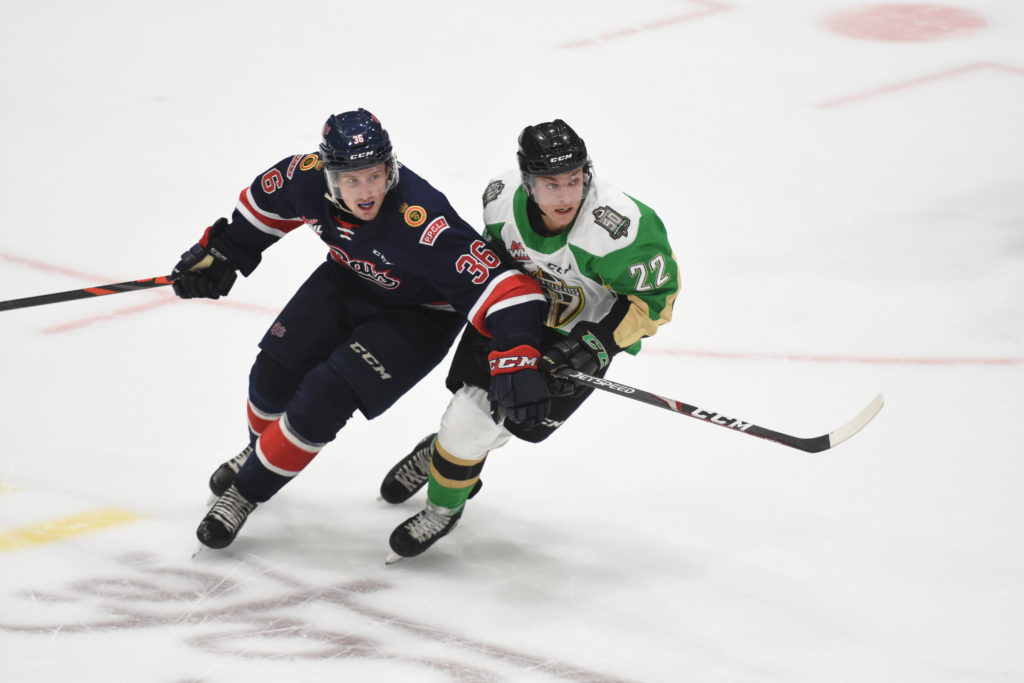 Cale Sanders and Evan Herman led the charge for the Raiders, as they scored four unanswered goals, erasing a 4-4 tie late in the hockey game. This came after the Pats came back from a 4-1 deficit in the second frame.

Dallyn Peekeekoot (GWG) made it a 7-4 game at 16:21 of the of the second period and former Pat’ Cale Sanders added insurance with his second of the game, capitalizing on a Regina turnover, and later firing it top corner from the high slot.

Raiders goaltender Max Hildebrand got the win, allowing 6 goals on 27 shots. For the Pats, Welke got the loss, giving up 8 goals on 33 shots.

Borya Valis and Connor Bedard led the way offensively for the Pats, with both scoring two goals. Prince Albert native Tanner Howe scored his second this pre-season for the Pats, while Cole Dubinsky extended his point-streak to three games with two assists (2G-6A). Layton Feist also put together a two assist performance in the loss.

The Pats have three more pre-season contests, as they wrap up a home-and-home series against the Raiders on Saturday at the Brandt Centre.

The Pats begin their regular season with a home-and-home against the Raiders on Friday, October 1st at Art Hauser Centre, with home opener on Saturday, October 2nd at the Brandt Centre.