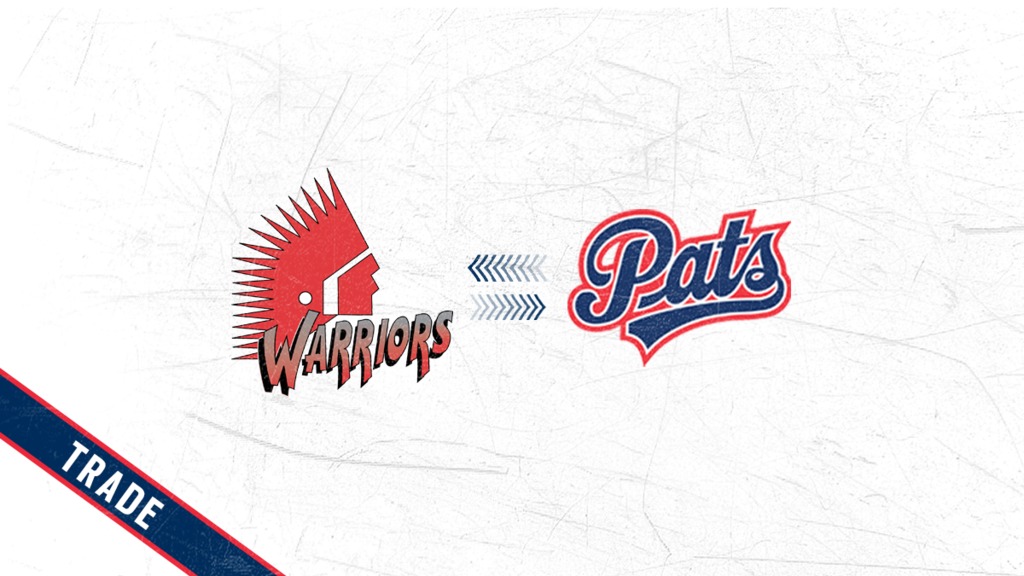 REGINA – The Regina Pats announced Thursday the club has dealt 20-year-old forward Riley Krane to the Moose Jaw Warriors in exchange for a conditional seventh-round pick in the 2023 WHL Bantam Draft.

The Dawson Creek, B.C. product was drafted by Regina in the eighth round of the 2015 WHL Bantam Draft (168th overall) and made his debut with the Pats during the 2016-17 season, appearing in five regular season and six playoff games.

Thanks for the memories, Kraner 👏

“It was a tough thing to trade Riley, as he’s been a really good Pat in every way during his time in Regina. We wish him the best moving forward,” said Pats VP of Hockey Operations and General Manager John Paddock.