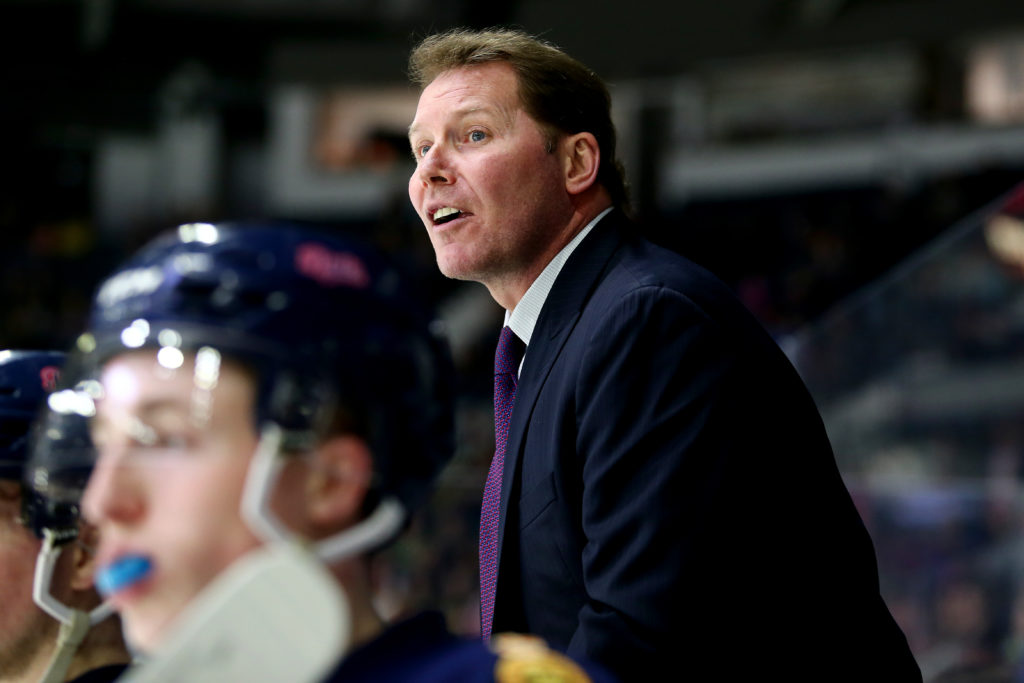 The Western Hockey League, in collaboration with the Canadian Hockey League and Hockey Canada, announced today the coaching staff for Team WHL, which will compete against Team Russia at the 2019 CIBC Canada Russia Series in Saskatoon and Prince Albert.

Saskatoon Blades Head Coach Mitch Love will be behind the bench to serve as Head Coach for Team WHL for the first time. He will be joined by Prince Albert Raiders Head Coach Marc Habscheid and Regina Pats Head Coach Dave Struch, who will serve as Assistant Coaches.

The 56-year-old Habscheid, currently in his sixth season with the Prince Albert Raiders, has represented Canada at numerous international events over the course of his career. In 2003, the native of Swift Current, Sask. served as the head coach for Canada’s National Junior Team at the World Junior Championship, taking home a silver medal. Most recently, he helped the Raiders claim the Ed Chynoweth Cup as 2018 WHL Champions.

The 48-year-old Struch, currently in his second season as head coach of the Regina Pats, served as an assistant coach for Canada’s National Men’s Under-18 Team at the 2019 IIHF U18 World Championship in Sweden this past April. Struch, a native of Flin Flon, Man., previously represented Canada as head coach of Team Canada Black at the 2017 World Under-17 Hockey Challenge.

Since the event first began in 2003, CHL teams have played to an overall record of 63-25-2-6. The competitiveness of the rivalry has grown in recent years, with Russia winning the event in 2018 – its first title since 2014.

The 2019 CIBC Canada Russia Series is supported by title sponsor CIBC, the Official Bank of the CHL, along with associate sponsors Kia Canada, Cooper Tires, and Kubota Canada.  All games will be broadcast nationally on Sportsnet and TVA Sports.

Tickets for Games 5 and 6 of the 2019 CIBC Canada Russia Series are available now. Complete ticketing options available at the links below