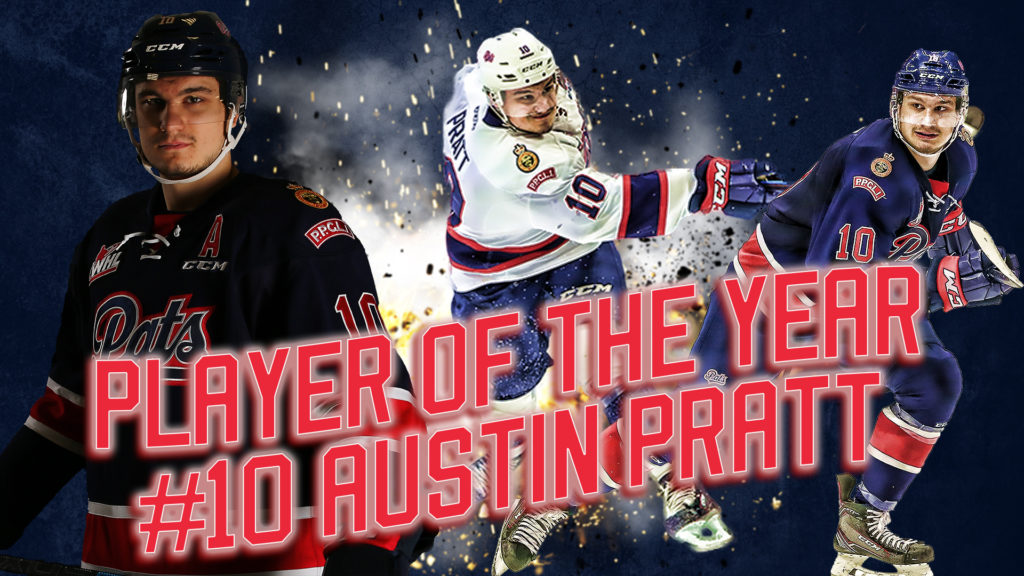 The Regina Pats Hockey Club announced its individual award winners ahead of the final home game of the season against the Brandon Wheat Kings on Friday. The Pats presented nine awards recognizing the individual accomplishments of members of the team. 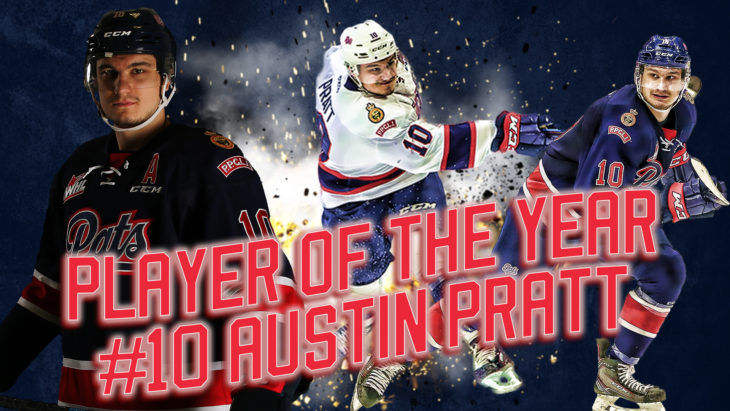 Player of the Year – Austin Pratt
Forward Austin Pratt was named the Regina Pats Player of the Year. The 19-year-old enters the final weekend of the regular season leading the Pats in scoring with 24 goals and 49 points in 66 games. The product of Lakeville, Minnesota set career highs this season in goals, assists and points. He put up 16 powerplay points this season and had two game winning goals.
2017-18 Award Winner: Sam Steel 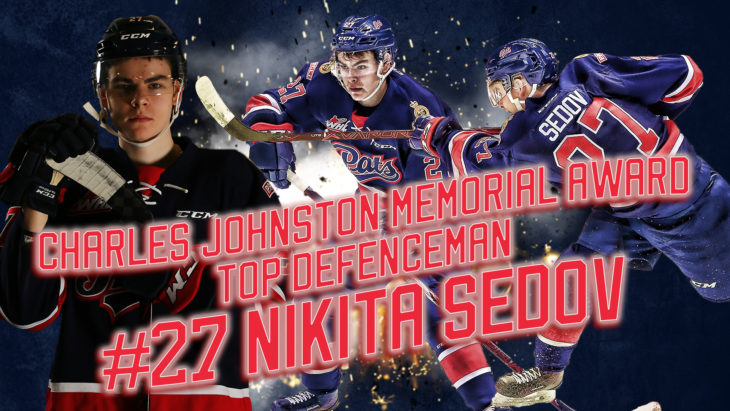 Charles Johnston Memorial Top Defenceman – Nikita Sedov
Nikita Sedov enters the final two games of the season leading all Pats defencemen with 16 points on the year. The 17-year-old rookie has put up 16 assists in 66 games and has 94 shots on goal. Sedov was taken in the second round of the 2018 CHL Import Draft out of Tyumen, Russia and is eligible for the 2019 NHL Entry Draft.
2017-18 Award Winner: Josh Mahura 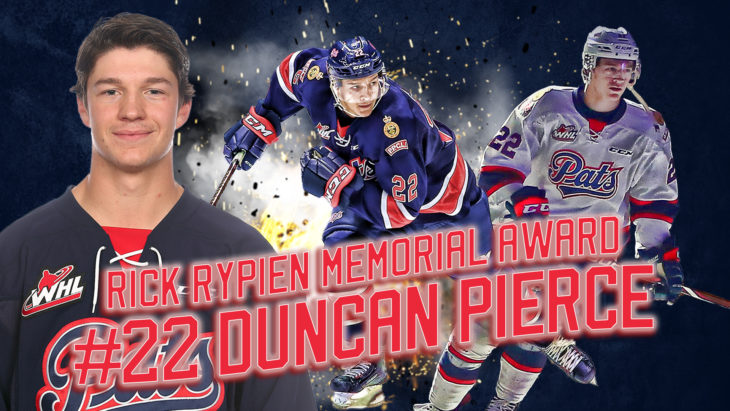 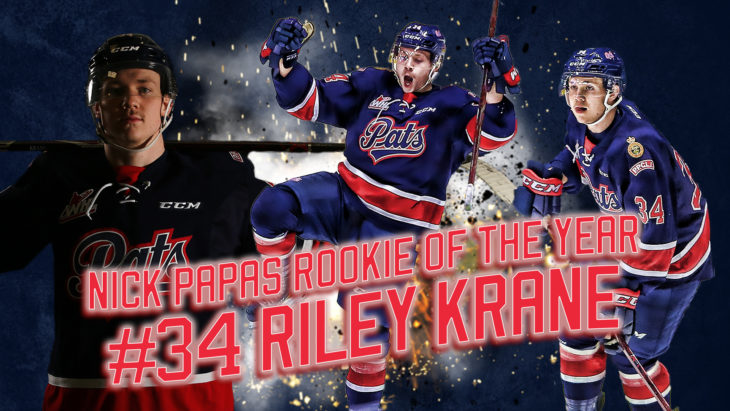 Nick Papas Rookie of the Year – Riley Krane
Forward Riley Krane was named the Pats Nick Papas Rookie of the Year on Friday night. The 18-year-old led all Pats first year players with 12 goals and 24 points on the season. The 18-year-old was drafted by Regina in the eighth round of the 2015 WHL Bantam Draft. He currently sits tied for third on the team in scoring with his 24 points entering the final weekend.
2017-18 Award Winner: Max Paddock 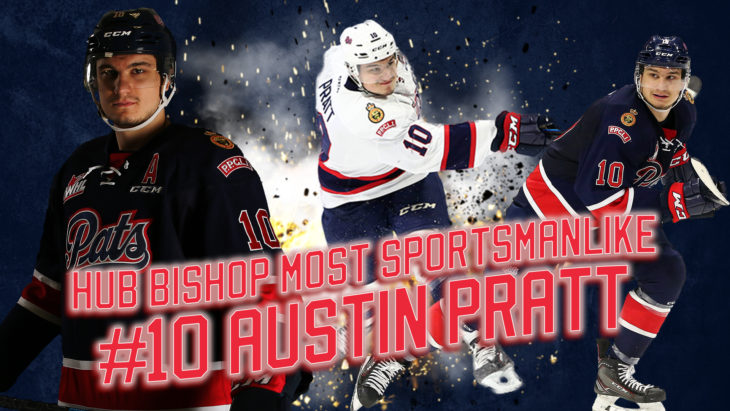 Hub Bishop Most Sportsmanlike – Austin Pratt
Forward Austin Pratt has been assessed just 21 minutes in penalties through the first 66 games of the season. The 19-year-old has averaged less than half a penalty minute a game this year, and led the club in scoring.
2017-18 Award Winner: Sam Steel 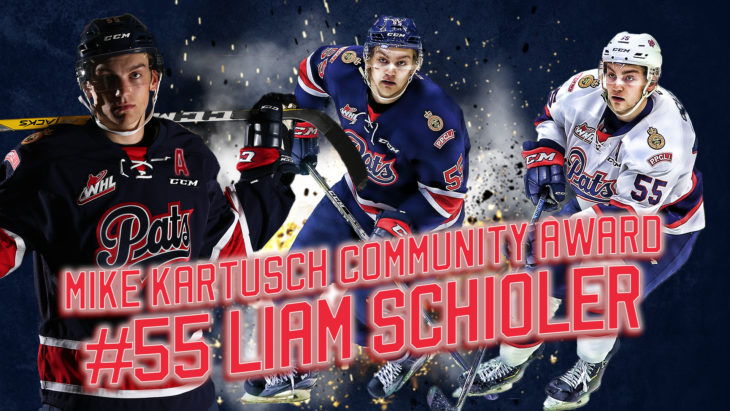 Mike Kartusch Community Service Award – Liam Schioler
Liam Schioler’s enthusiasm and willingness to participate in community events made the Pats veteran defenceman a fan favourite. Working with kids at schools, as well as supporting the Canadian Mental Health Association, Schioler has been a credit to the Pats and the community this year. He made over 20 community appearances this season.
2017-18 Award Winner: Matt Bradley 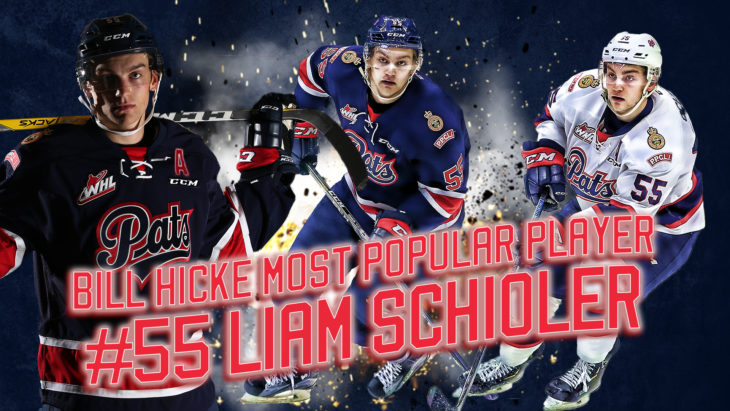 Bill Hicke Most Popular Player – Liam Schioler
The Pats alternate captain and fourth year player ran away with the fan voting for this award. The 20-year-old has been a career Pat and the fans showed their appreciation of his career in the online votes.
2017-18 Award Winner: Sam Steel 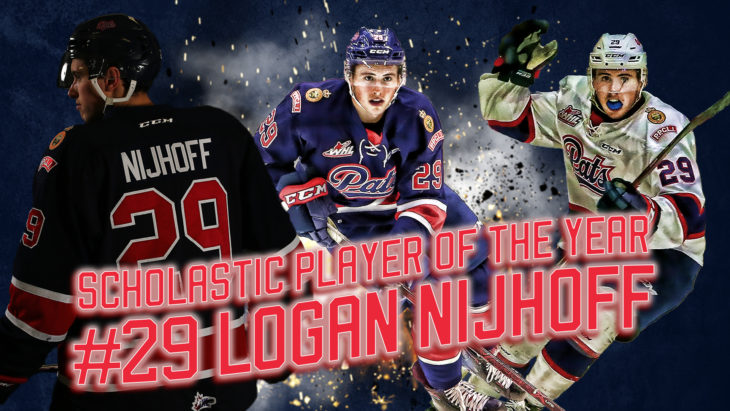 Scholastic Player of the Year – Logan Nijhoff
As a young player in the league, school is as much a part of life as hockey. Striking the balance between book work and life at the rink isn’t an easy one.  In his second season, Logan Nijhoff put together a strong campaign on the ice with 17 points in 59 games. While doing that he continued his education and holds an overall average of 89 per cent at Michael A. Riffel High School.
2017-18 Award Winner: Max Paddock 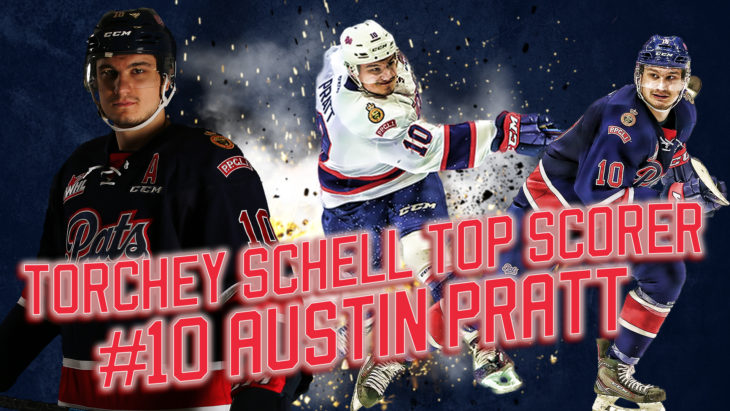 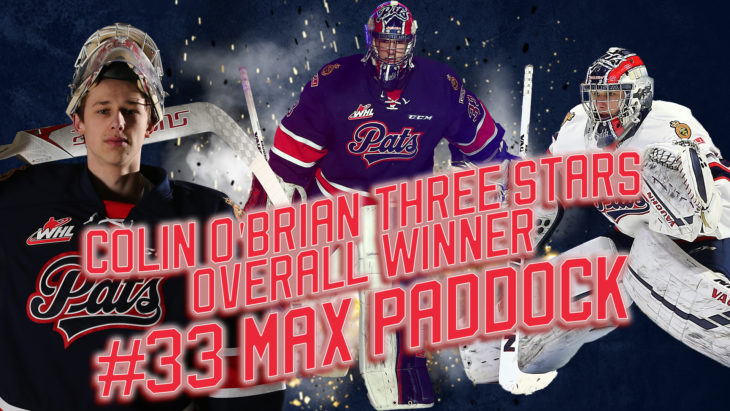