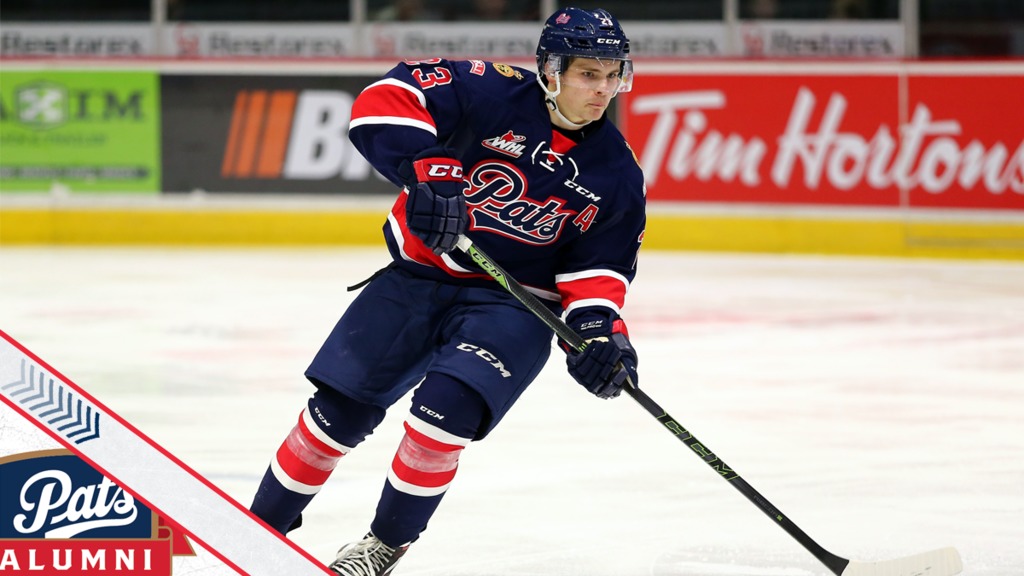 REGINA – New York Islander Jordan Eberle and Anaheim Duck Sam Steel headline a group of 10 former Pats who will drop the puck on a new NHL season this week.

Eberle (2006-10 with Regina) and Steel (2013-18 with Regina) combined for 718 career points with the Pats and are entering their 11th and third NHL seasons respectively.

🔟 former Pats are on NHL rosters to open the season.

They’ve combined for nearly 2k games in @TheWHL and over 700 NHL points!

Both Steel and Eberle are in action Thursday night, along with Las Vegas Golden Knight Chandler Stephenson (2010-14 with Regina), Los Angeles King Austin Wagner (2013-17 with Regina), and San Jose’s Nikolai Knyzhov (2015-16 with Regina). 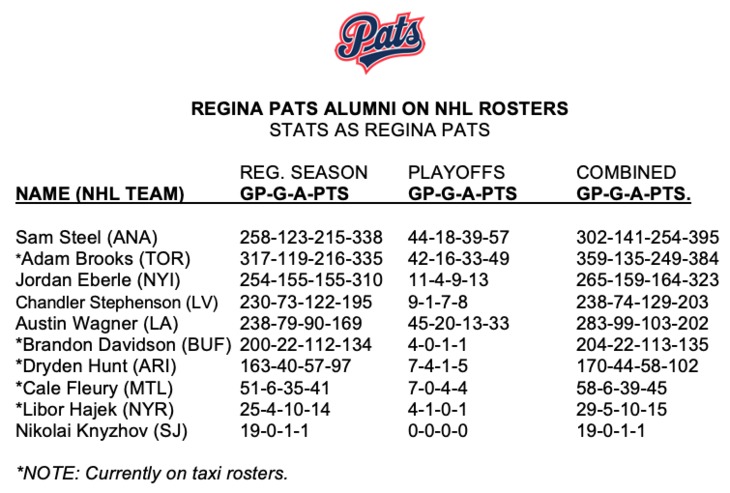 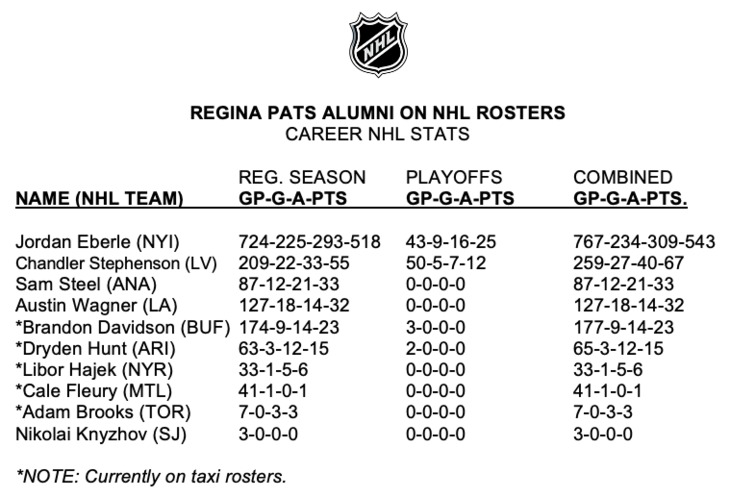 Along with the players mentioned above, an additional 10 former Pats are currently with AHL affiliates. They’re joined by Pats goalie Roddy Ross, who is with Lehigh Valley (Philadelphia’s affiliate) and is eligible to return to Regina for the 2020-21 season. 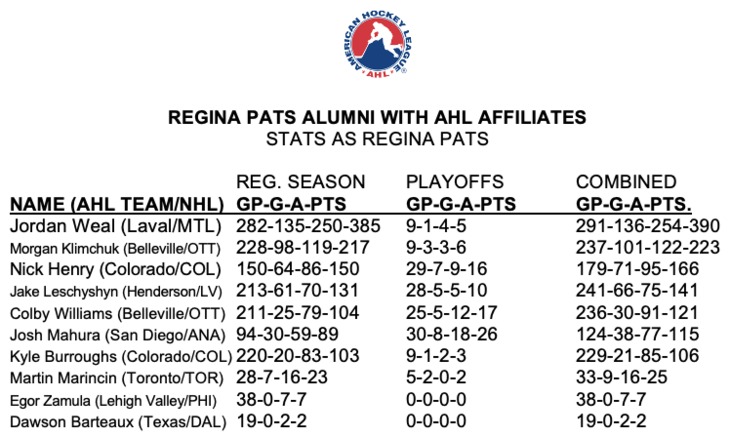 NOTE: Pats goalie Roddy Ross was acquired in April 2020 from Seattle and has yet to suit up for Regina.

WHL commits to season for WHL players
3 weeks ago