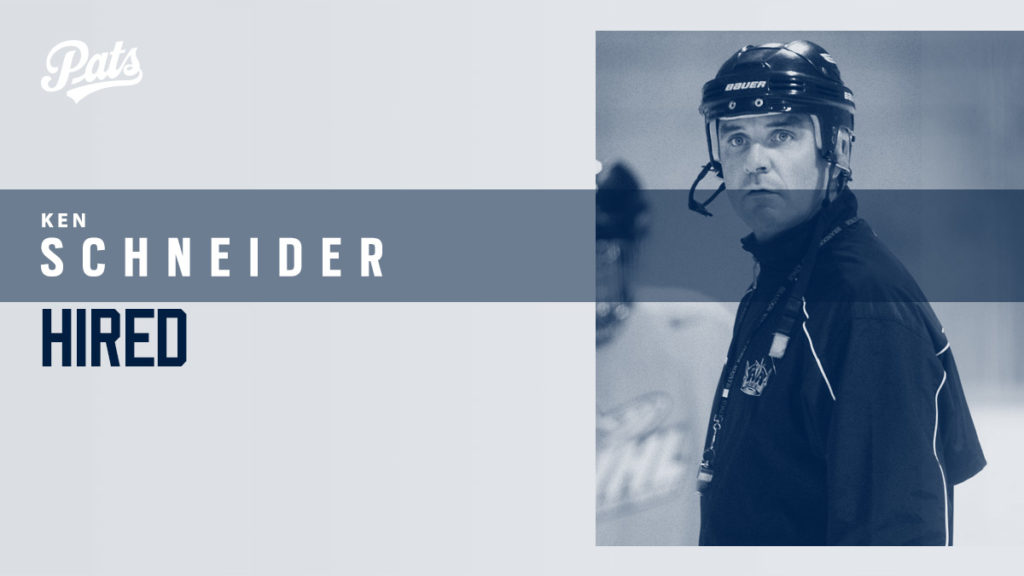 Regina, Sask.– The Regina Pats Hockey Club is happy to announce the addition of Ken Schneider as an assistant coach.

“I’m extremely excited to be here. I’m kind of pinching myself that this has come to fruition: I’ve spent a lifetime in hockey, and it feels good to be coming home,” Schneider said. “I’m really excited to work with Dave and Brad, and John’s been extremely good to work with — I’ve known him a long time.”

“As we’ve added to our player group this year, we feel we’re bringing in a nice piece in Ken to add to our coaching staff,” Pats VP of Hockey Operations and General Manager John Paddock said. “We look forward to his contributions to our organization.”

Schneider has coached at many different levels over the years, including guiding the Ile-des-Chenes North Stars to an Allen Cup national championship in 2003, as well as coaching the AAA U-18 Brandon Wheat Kings from 2010-14 and in 2018-19, when he led them to a provincial championship.

“We’re very excited to have Ken be a part of our staff,” Pats Head Coach Dave Struch said. “His knowledge, work ethic and passion will be a big part of the development of not only our players, but our program as well.”