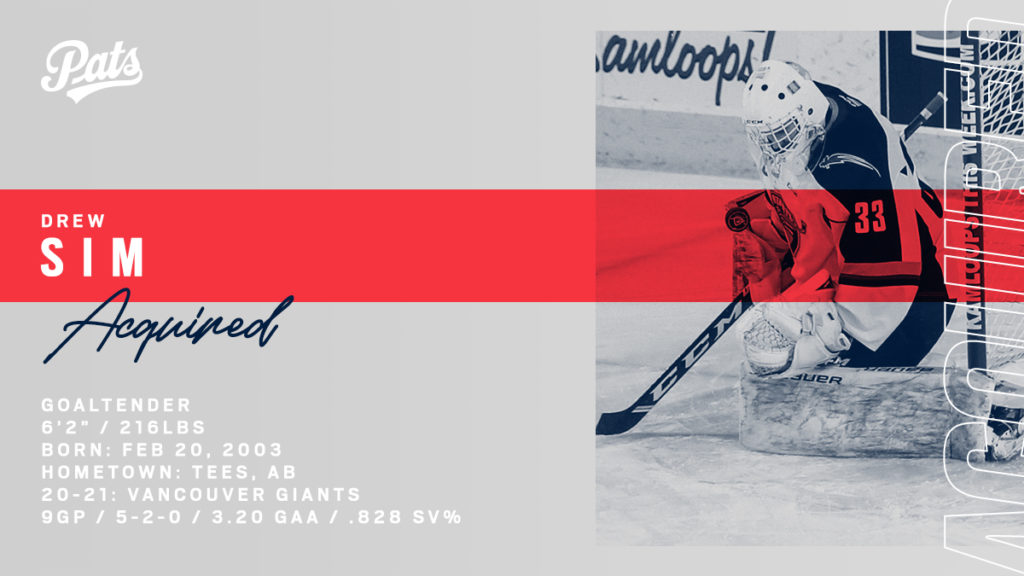 Regina, Sask. – The Regina Pats announced Wednesday that they have acquired 2003-born goaltender Drew Sim from the Vancouver Giants in exchange for a conditional fourth-round pick in 2024.