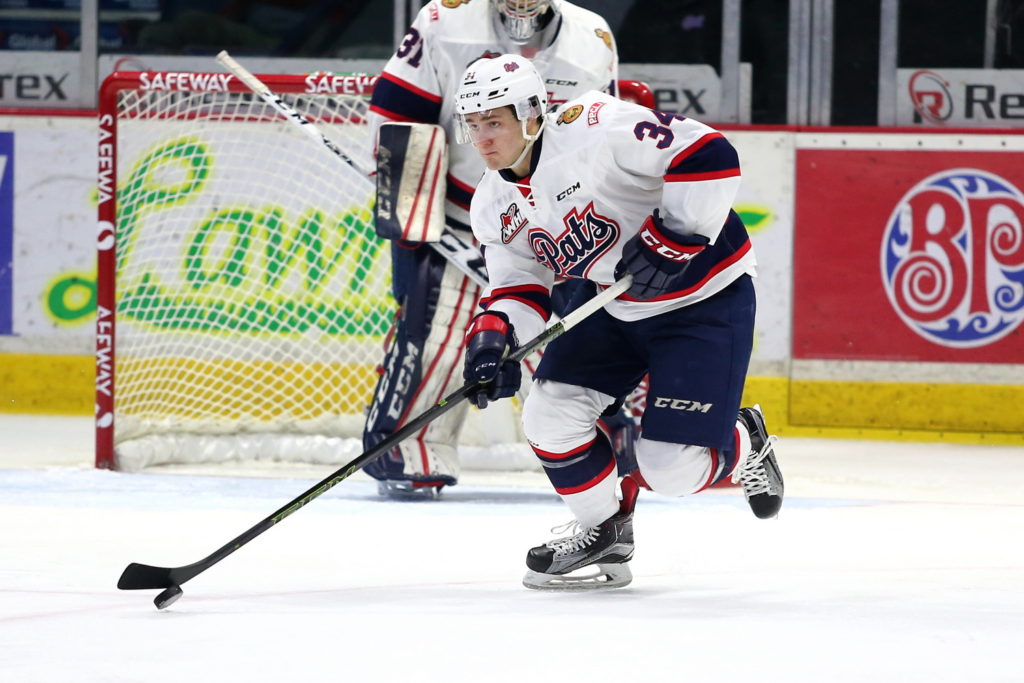 The Regina Pats Hockey Club announced today they have acquired a fourth round pick, in the 2017 WHL Bantam Draft, from the Red Deer Rebels in exchange for defenceman Jared Freadrich (98).

The pick was originally Swift Current’s, which the Rebels acquired in a trade for Scott Feser in 2015.

Freadrich, was a fourth round pick by the Pats in the 2013 WHL Bantam Draft. He has suited up for 61 games in his career, scoring five goals and adding 16 assists for 21 points.

“Jared has been a solid, reliable player for us,” said Pats Head Coach and GM John Paddock. “It is just a matter of a lot of bodies on defence and working some younger players into the lineup.”

The club is back in action Friday against the Kootenay Ice at the Brandt Centre at 7 p.m.