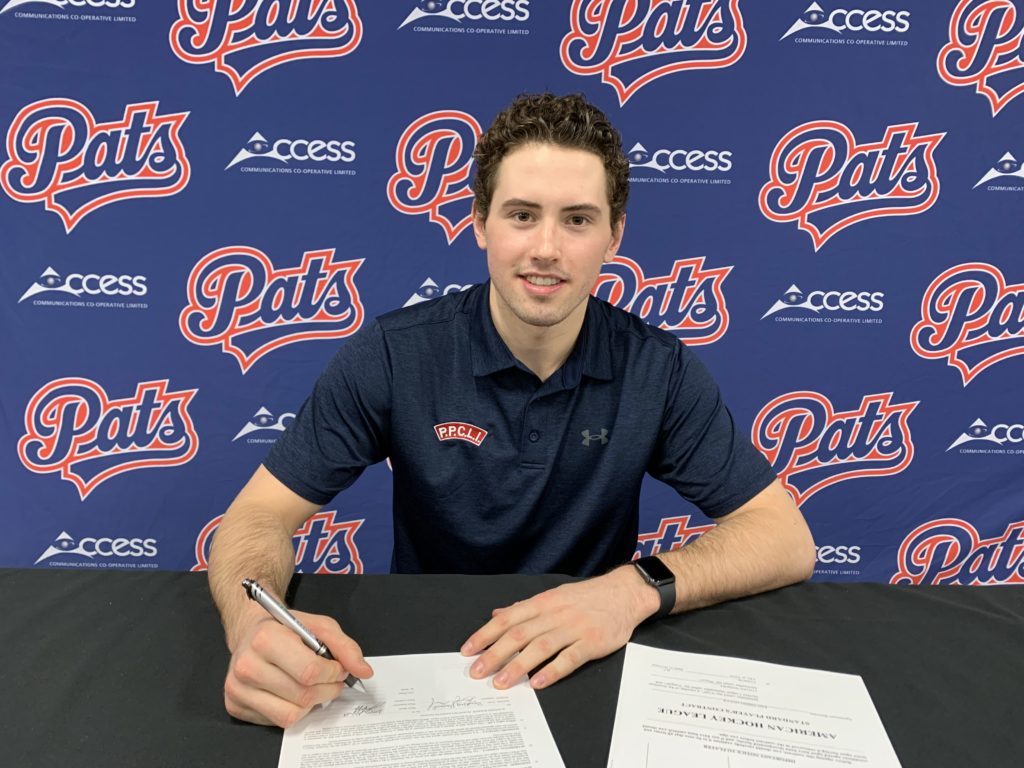 “It’s extremely exciting for myself and my family,” Nijhoff said. “It’s something I’ve worked really hard for over a number of years, but I know the hard work is just beginning now. I’m extremely grateful for all the support from all my coaches, teammates, friends and especially my family, who have sacrificed so much to help me get here. It’s certainly nice knowing what my plans will be for the next couple years.”

Nijhoff, 20, is in his fifth and final season with the Pats, and has produced 43 points (20G-23A) in 52 games, his most productive year yet. He ranks fifth in the WHL in face-off win percentage at 58.3% and fifth in face-off wins with 741 this season. The Comox Valley, B.C. native is serving his second season as captain of the Pats.

“This is well deserved,” Regina Pats Head Coach, General Manager & VP of Hockey Operations John Paddock said. “Logan’s drive and will to excel have served him well in starting his pro career next year. The Pats would like to congratulate him and wish him well in the future.”

Last September, Nijhoff was invited to the Ducks rookie camp, before returning to Regina. The Pats eighth-round pick from 2016 has produced the highest point per-game rate of his career (0.83), and went on a career best seven-game goal streak and a nine-game point streak from late November to mid January.

On Tuesday, April 5 against the Brandon Wheat Kings, Nijhoff scored his first career hat-trick, reaching the 20-goal mark for the first time in his career.

The entire Pats organization would like to congratulate Logan on signing with the Gulls.