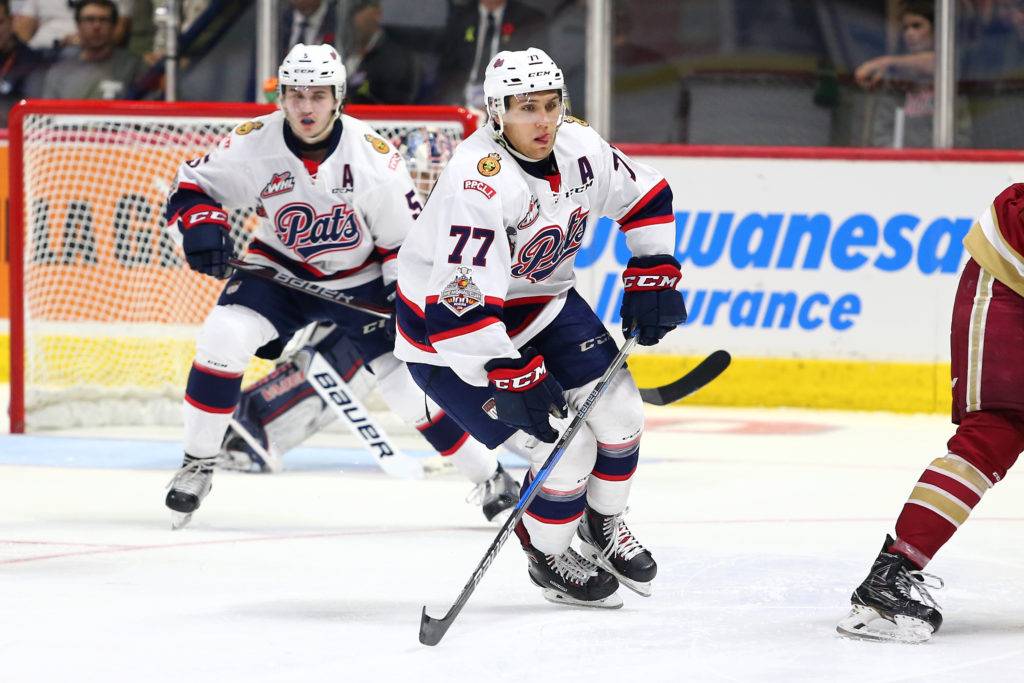 Former Pats forward Matt Bradley has signed a one year deal with the Toronto Marlies of the American Hockey League.

Bradley just completed his overage season in the WHL, setting career highs with 37 goals and 79 points. During the 2017-18 campaign, Bradley was also named Eastern Conference Humanitarian of the year in recognition of his efforts in the community.

He spent the first three seasons with the Medicine Hat Tigers before joining the Pats after a trade in the summer of 2017.