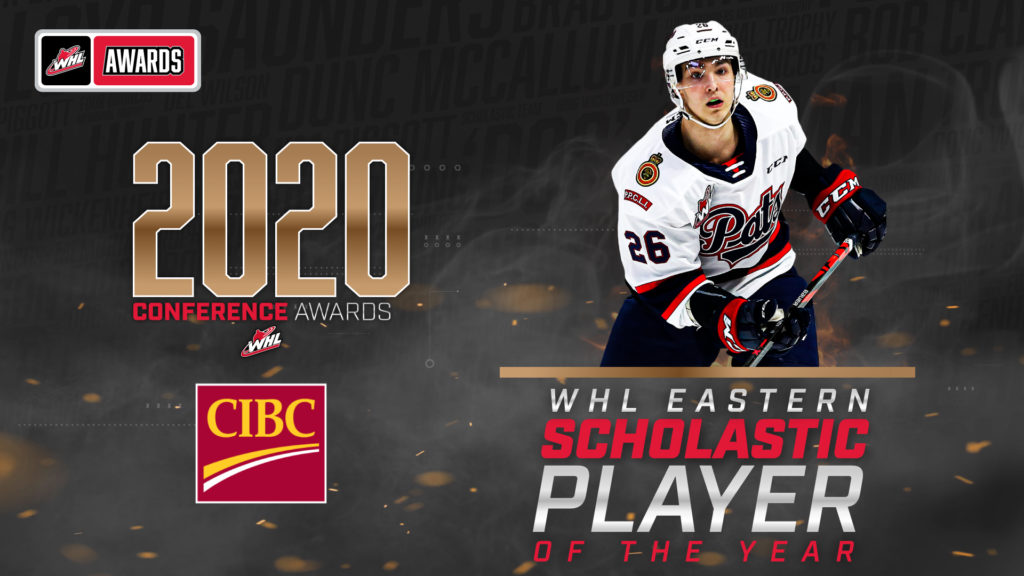 Brook was acquired in January from the Prince Albert Raiders in exchange for goaltender Max Paddock. He played in 46 games this season, scoring four goals and six assists for 10 points.

The winner of the Daryl K. (Doc) Seaman Memorial Trophy as WHL Scholastic Player of the Year will be announced on Wednesday, May 13.