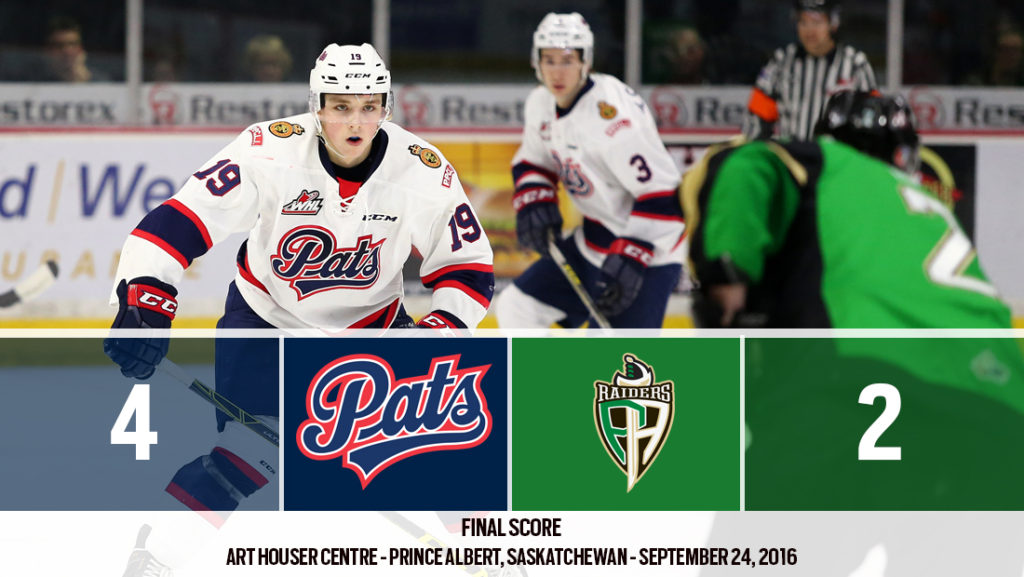 Regina, Saskatchewan – Jake Leschyshyn scored twice and added an assist to lead the Pats to their first win of the season, 4-2 in Prince Albert on Saturday night. Lane Zablocki chipped in with a goal and a helper while Braydon Buziak scored his second goal in his second game of his WHL career. The Pats led 1-0 in the first but Prince Albert came back to lead 2-1 in the second. The Pats responded with 3 unanswered and improved to 1-0-1-0. Jordan Hollett made 28 saves in the win. Ian Scott was busy for a second straight game in the Raider net making 41 saves.

Quick Hits
-Jake Leschyshyn recorded his first points of the season in the win. (2G 1A).
-Braydon Buziak has a goal in each of his first two WHL games. (2G).
-Lane Zablocki scored his first goal of the year and also had an assist.