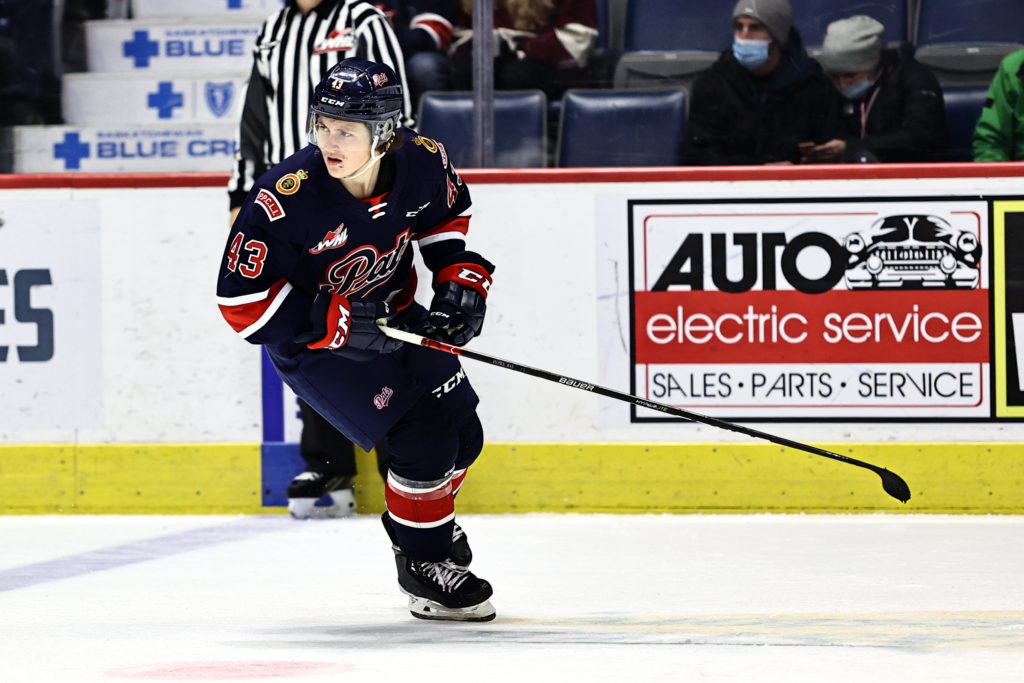 Calgary, Alta. — Regina Pats forward Tanner Howe will don the Maple Leaf later this month, after he was named as an injury replacement for Team Canada Black at the Capital City Challenge from Nov. 26-Dec. 1 in Ottawa, Ont.

Howe’s play the last few weeks has forced his way into the national conversation as one of the standout 2005-born player in Western Canada. He is currently riding a seven-game point streak (6G-5A) and has 12 points this season, which ranks fifth in the WHL for U-17 players. The Prince Albert native is tied for third on the Pats in points.

“I think just confidence is a big thing,” Howe said at last week’s media availability. “Playing with speed and just getting open. My linemates obviously have been finding me and it’s been good.”

For the full list of men’s players taking part in this tournament, click here. The Capital City Challenge opens on Nov. 26 at TD Place Arena, home of the Ottawa 67’s of the Ontario Hockey League.