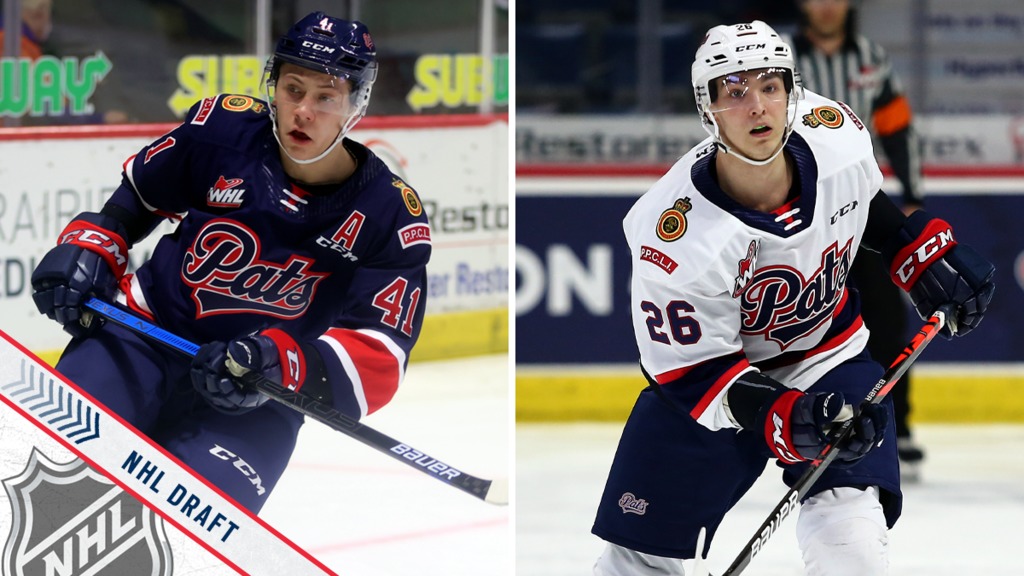 Evans slotted in 192nd on the list, meaning he is projected to be a late sixth-round pick in the NHL Draft, which will be held virtually over two days from July 23-24.

The 19-year-old Calgary product finished in a tie for the team lead in points this season with 28 (3G-25A) and was second amongst all WHL defencemen in scoring.

Regina’s Player of the Year this season inside the East Division Hub, Evans was one of 57 WHL players identified in the rankings.

Also being recognized was Pat Jakob Brook, who was listed along with three other players under the Bureau’s limited viewing category.

Brook, who turned 19 in March, appeared in just one game for the Pats this season. The Roblin, Man. forward broke his right leg during his lone shift of 2020-21, but is focussed on rehabbing the injury with hopes of returning to the lineup during the 2021-22 season.