Evans Development as a Pat To Be Remembered Most 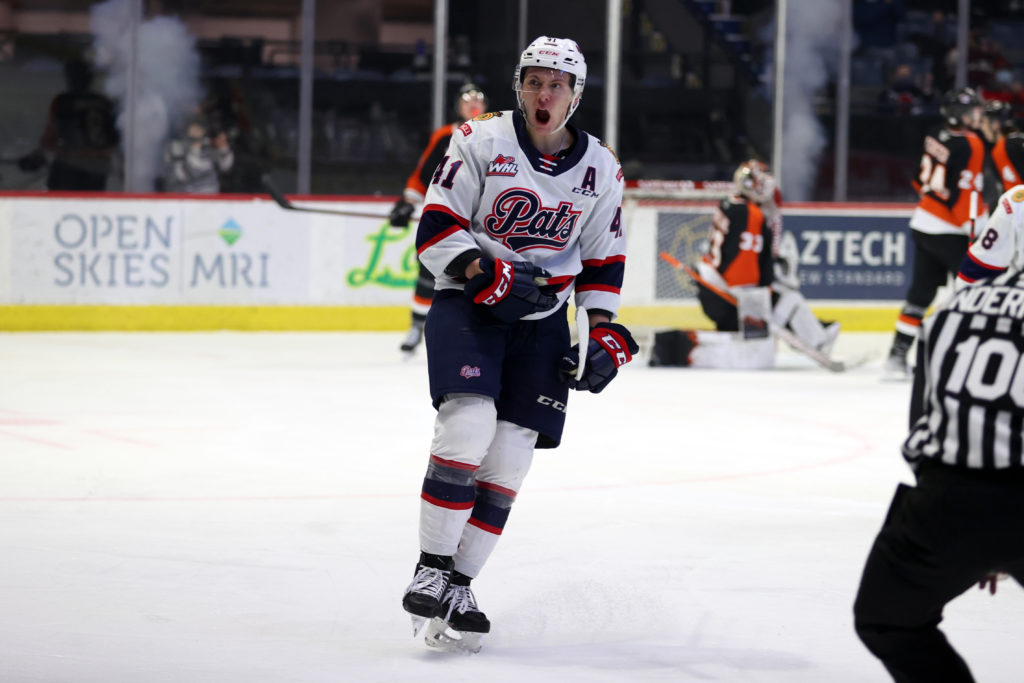 Regina, Sask. — Today, the Regina Pats continue their look at the impact their three overage players had on the team and community, by examining the mark left by defenceman Ryker Evans.

Evans, 20, spent four seasons with the Pats, totalling 25 goals, 106 assists for 131 points in 195 career games, ranking 13th in franchise history in assists amongst defencemen and 19th in points.

“I’m still kind of in shock that four years went by that quick,” Ryker Evans said at the Pats end of the season media availability. “Twenty-year-olds in the past tell you it flies by and you gotta take advantage of it, and you don’t really believe them until the end. You gotta just step back and look at all those memories.”

This past season, the Calgary, Alta. native set career highs in goals (14), assists (37) and points (61), ranking fifth among WHL defencemen in power play assists (24), seventh in points and eighth in assists, while also taking him his third straight Charles Johnston Memorial Trophy for the Pats Top Defenceman.

“Coming into this season I knew I had to be one of the leaders, and a lot of these young guys looked up to me,” Evans said. “[I wanted to] be that leader on and off the ice that young guys could look up to. That obviously transferred to on the ice and as an older guy in this league I had lots of confidence.” 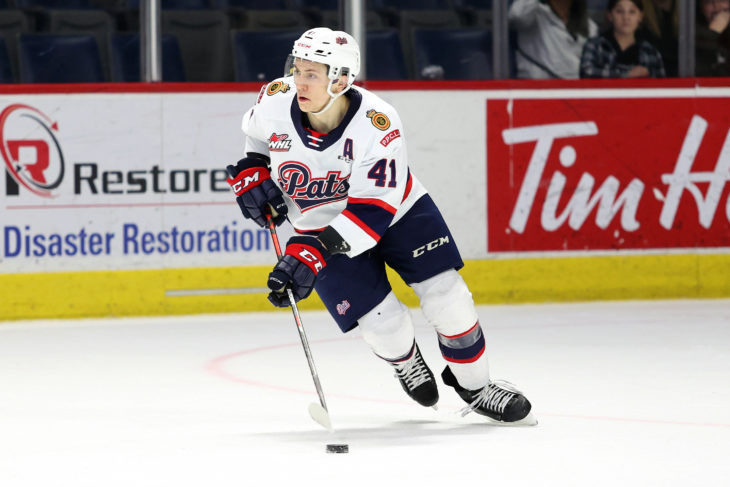 Although Evans never made the playoffs with the Pats, his story and his development with the Pats is remarkable.

The veteran defencemen was drafted by the Pats in the 10th round (209th overall) back in 2016, when he stood just 5-foot-4 and weighed 114 lbs. At now 6-foot, 191 lb., he has shown a tremendous amount of development over the years, which led to him being drafted by the Seattle Kraken in the second round 35th overall in the 2021 NHL Draft. This made him the first WHL player to be selected by the NHL’s newest expansion franchise.

“It’s pretty cool to look at that I was that smaller guy that kind of got looked over,” Evans added. “To come out [of the Pats organization] as a different man that the [Pats coaching staff] have built me into is pretty crazy. Giving hope to smaller kids that there is a chance you can grow and became a different person and these guys will believe in you. John [Paddock], Brad [Herauf] and Dave [Struch] all believed in me. To have Brad develop me over these years and see where I’m at, I couldn’t thank him enough.”

Now, Evans is stationed in Charlotte, North Carolina, where he is now a member of the Charlotte Checkers, the Kraken’s AHL affiliate, after signing a three-year entry level contract with Seattle on April 22.

“My goal has always been to play in the NHL,” Evans said in the Kraken press release. “It [has been] imprinted into my mind for the longest time. There was no way anyone was going to talk me out of it. It will be really fun to practice with the team and hopefully to get some game action…The AHL is obviously faster and everybody knows their job. It’s simpler in that teammates are in the right place at the right time.”

Evans leaves the organization with lasting impacts on the Pats group of younger players, as he transitions to professional hockey, along with graduating captain Logan Nijhoff, who was drafted in the same year as him.

Although Evans leaves the organization without any playoff experience, he says he’s extremely exited to keep a close eye on the Pats young group as they transition their rebuild into a hopeful contender for years to come.

“I’ll be keeping tabs on these guys,” Evans smiled. “These guys are like family. This has been the closest team I’ve ever been apart of. I’ll be checking in on them. They’re a great group of guys.” 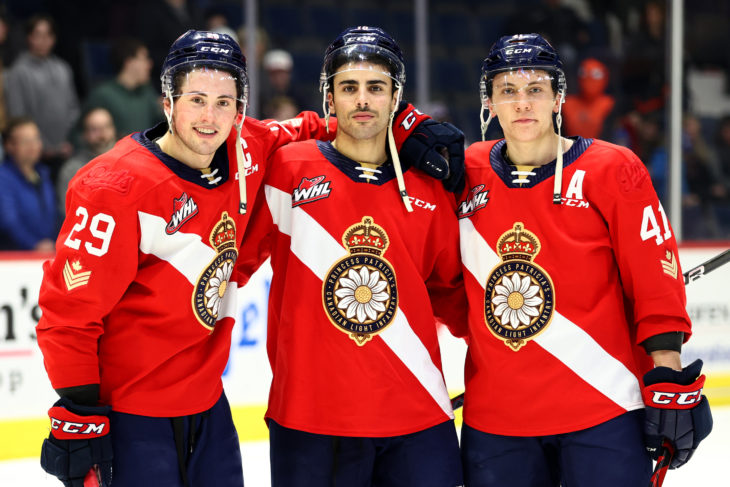 The Pats organization would like to congratulate Ryker on a fabulous career, and thank him for his contributions, wishing him all the best in the future.