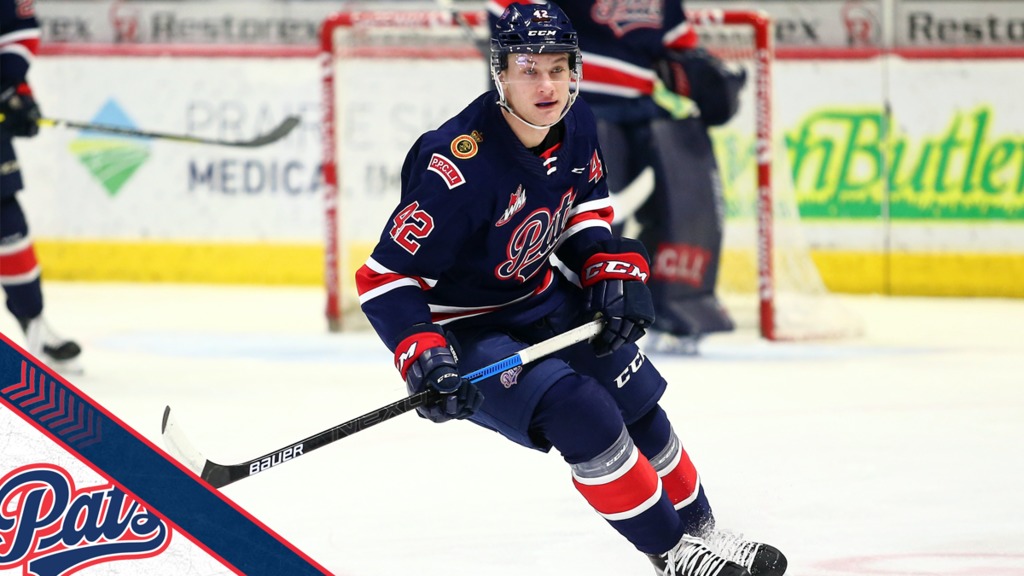 REGINA – Drew Englot remains on the radar for the 2021 NHL Draft, as the Pats’ top rookie from last season was named to NHL Central Scouting’s January ‘Players to Watch’ list last week.

Englot, who took home the Nick Pappas Memorial Trophy as the team’s top rookie during the 2019-20 season, was rated as a ‘C’ prospect by NHL Central Scouting. His ‘C’ rating denotes a player with fourth to sixth round potential.

The Candiac, Sask. product registered 12 goals and six assists last season in 56 games. Englot, who was acquired in a trade with Lethbridge in May of 2019, was also rated as a ‘C’ prospect on NHL Central Scouting’s preliminary ‘Players to Watch’ list back in October.