Bedard Reflects On 2022 WJC, Ready For Training Camp With Pats 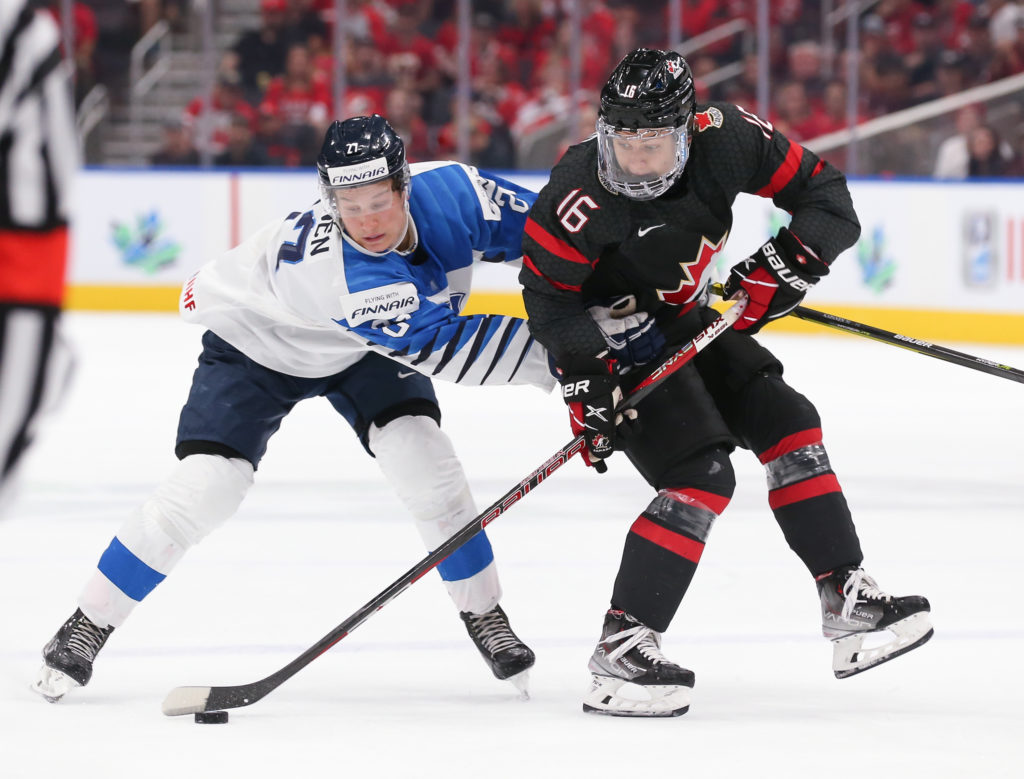 Regina, Sask. – Just over a week after helping Canada to their 19th all-time gold medal at the World Juniors, Pats forward Connor Bedard reflects on his experience.

Bedard, 17, was held off the scoresheet during Canada’s 3-2 overtime win over Finland in the gold medal game, but did play a huge part in helping Canada to victory. Back-checking on a two-on-one, Bedard disrupted a shot which was clearly going into the net, where Mason McTavish saved the puck with his stick on the goal line.

SAVE OF THE YEAR. MASON MCTAVISH. #WORLDJUNIORS pic.twitter.com/mR1UaeULcN

I saw it going in, so you’re feeling you just lost and him [McTavish] getting there and making that save, I almost just started laughing,” Bedard said. “It was kinda crazy how quickly the emotions swayed. That saved the game for us, so I just had pure excitement. I don’t really know where I was, but it was a bit of a two-on-one so I just hustled back and tried to interrupt the play a bit, but it was still going in, so I guess I didn’t do too much. But McTavish saved the game so that was pretty cool.”

The North Vancouver, B.C. product finished the tournament with eight points (4G-4A) in seven games. If you count the original tournament which was cancelled in late December, Bedard totalled eight goals and five assists for 13 points in nine total games.

“Getting postponed in December, and having that disappointment of it being shut down, and showing all the patience from everyone. It was good to start back up,” Bedard added. “Overall, I felt pretty good. I felt I was able to play my game and I thought I had a good tournament but it was the gold medal that was the best part for sure.”

Don't miss out on your chance to watch #CB98 in Regina at the Brandt Centre this season! #ItsGoTime | @TheWHL | @HockeyCanada pic.twitter.com/Ls5D2npEGM

For most of the tournament, Bedard played alongside McTavish, the Anaheim Ducks 2021 first-round pick who led the 2022 World Juniors in scoring. The chemistry between McTavish and Bedard developed at the U18 tournament last summer, winning gold, where he tallied 14 points (7G-7A) in seven games.

“We played together at the U18’s which helped. I got to know him a bit there and we’re pretty good friends, so I think that always helps,” Bedard said about his chemistry with McTavish. “The few games that I did play with him were a lot of fun. You always learn something when you’re practicing or playing against some of the best players in the world. You see things, feel the competitiveness and you feel that in practice as well. It’s a lot of fun to be in that stage.”

As Bedard gets ready for the Regina Pats 2022 Training Camp, which begins on September 2 at the Brandt Centre, he says he’s motivated to help bring the franchise back to the playoffs for the first time since the 2017-18 season.

“The biggest thing for sure is getting the team back to where they were, he said. “This franchise has had so much success and it’s been a few years that we’ve not been in the playoffs so from talking to the guys, we’re just craving about winning. That’s what we need and what the city wants. That’s the most important thing, but for me I’m still trying to improve defensively. I want to be that player that’s on the ice in the last minute of a game.”

The 5-foot-9, 181 lb. forward is also excited about the new addition of his former teammate Alexander Suzdalev, who he played with for a short time in Sweden during the 2020-21 season.

“I’m pumped. For the last year, I was texting him here and there trying to convince him to come. He was really pumped when he signed, which is a good sign. I played with him in Sweden and we were pretty close. He’s such a good guy and a really good player. I can’t wait to see him in Regina. It’s a huge pickup for us.”

A reminder, the Pats 2022 Training Camp on-ice sessions begin on Friday, September 2 at the Brandt Centre, which will be open to the public, free of charge.

The 2022 Bennett Dunlop Ford Blue vs. White Intrasquad game will take place at 6:00 p.m. on Tuesday, September 6 at the Brandt Centre. Admission for the game will be $10 with a donation of a non-perishable food item to the Regina Food Bank. Without a donation, tickets are $15. Trucks will be parked outside the arena to receive non-perishable food donations.