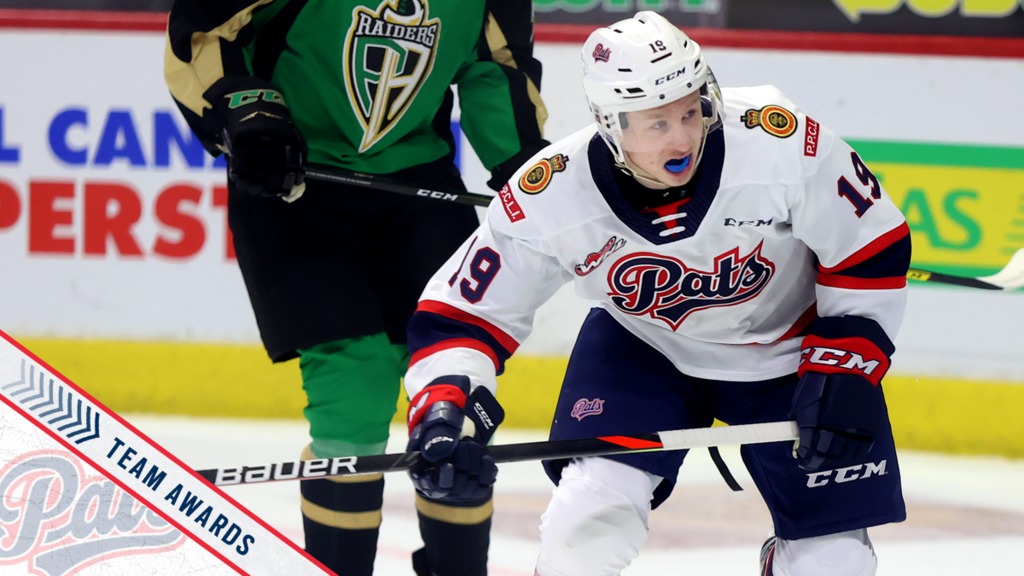 REGINA – With the Regina Pats 2020-21 WHL regular season now in the rear-view mirror, the club opened its awards season by announcing Tuesday that Zack Smith is the Hub Bishop Most Sportsmanlike Player Award winner.

Smith’s win was the first of 10 awards set to be handed out throughout the month of May, culminating with the Player of the Year award being announced on Monday, May 17.

Smith earns the most sportsmanlike award after finishing the season with just 10 penalty minutes in 20 games played. The Martensville, Sask. product registered seven goals and eight assists this season to finish fifth in team scoring. He capped the season by scoring his first career WHL hat trick on Tuesday, April 27 against Winnipeg.

“He’s come a long way since we listed him out of the SJHL. He’s a wonderful kid, a great teammate and on top of all that his skill level has given him the opportunity to be a big part and an impact player on our team,” said Pats head coach Dave Struch.

“He had some unfortunate injuries this year that kept him out of a few games, but when in the lineup he had an impact and it showed. He was rewarded the last couple of games with some big games in terms of points, and goals. It bodes well for him moving forward.”

It was a breakout season for Smith in terms of points per game, averaging 0.75 this season, doubling his pace from a year ago when he registered 19 points in 51 games (0.37 points/game).

Once again this season the Bill Hicke Most Popular Player Award will be selected by Pats fans. The Regiment can click here for the online poll, which closes at 11 p.m. on Sunday, May 9.