AWARDS: Pats rookie of the year goes to Bedard 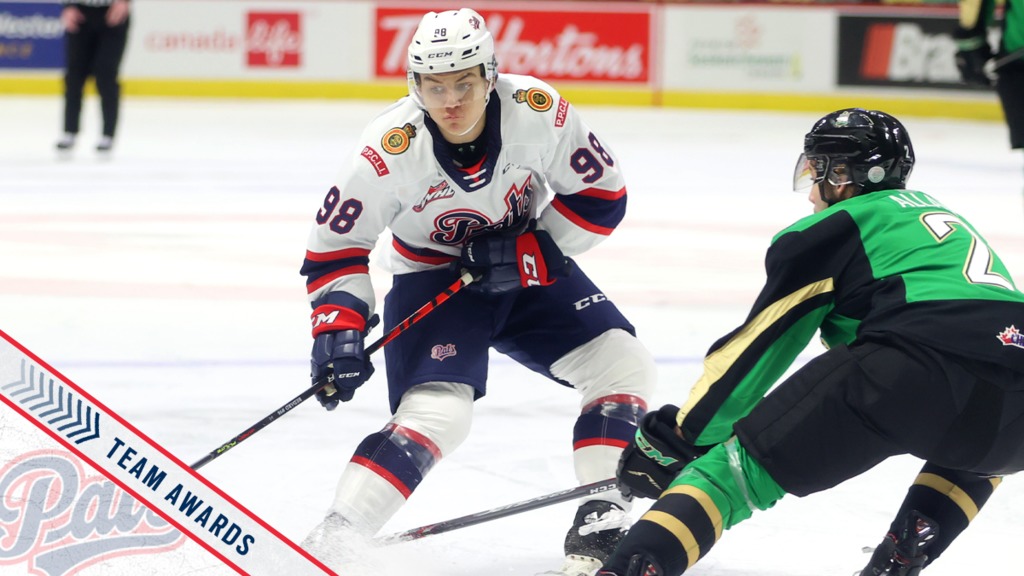 REGINA – As far from a shock as anything you’ve ever heard, Connor Bedard has been named the Regina Pats rookie of the year for 2020-21.

Bedard claimed the Nick Pappas Trophy Thursday as the club’s top rookie after posting 12 goals and 15 assists over his 15 games inside the Subway WHL Hub. The North Vancouver, B.C. product was leading the WHL in scoring prior to his departure April 10 to play for Canada at the IIHF U18 World Championship.

The first exceptional status player in WHL history, Bedard had 10 multi-point games inside the Hub and was held off the scoresheet just once during his rookie campaign.

We are SHOCKED by this selection 😉…

Bedard carried over his success inside the Hub to the U18 event where he tallied 14 points (7G-7A) in seven games. He was just the second Canadian double underager – along with Connor McDavid and John Tavares – to play at the event.

“People talk about getting the exceptional status, but what they don’t see is everything he does with his teammates, away from the rink, and away from the game,” said Pats head coach Dave Struch.

“He’s become a young leader alongside our old guys and for our young guys. He’s a great example of hockey IQ and natural talent, but also elite work ethic and commitment to getting better every day.”