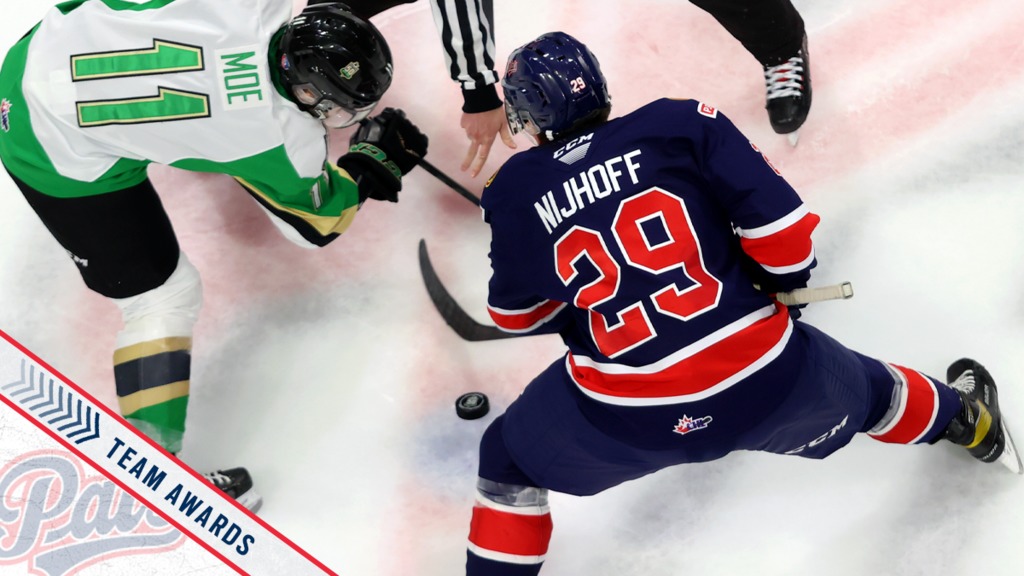 REGINA – After being honoured last week for his work in the community, Regina Pats captain Logan Nijhoff opened this week with his second year-end award.

Nijhoff was named Monday as the 2020-21 Rick Rypien Memorial Award winner as the team’s unsung hero.

The Comox Valley, B.C. product provided a little bit of everything for the Pats this season, registering 10 goals and seven assists to finish fourth in team scoring. Nijhoff suited up in all 24 games inside the Subway WHL Hub at the Brandt Centre.

Nijhoff was named the team’s 80th captain prior to the season, after serving as an assistant captain during the 2019-20 campaign.

“He’s important to us in so many ways. The smallest little detail and habits of the game, the way he prepares for practice, the way he cools down after practice, and the way he works in practice,” said Pats head coach Dave Struch.

“Logan is a great example of what the little details and habits mean to a team, mean to an individual, and mean to success.”